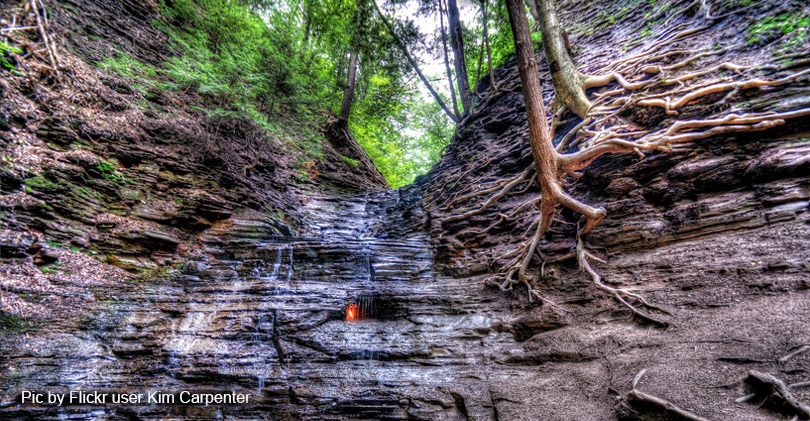 Once upon the time, in a magic forest, far, far away, an enchanted flame was  burning continuously, inside a small cave, behind a waterfall.
It sounds as a fairytale, but it’s real.

The place far, far away is the State of New York. The space of the spell is close to Buffalo and it is the Chestnut Ridge County Park, where the everlasting flame are burning and burning on and on, during the winter too, when everything is covered by ice.

Several legends keep speaking out about this phenomenon. Scientifically speaking, the magical fire is the result of presence natural gas pockets, deep under the ground. It is not so rare find it around the world, but the strange thing in this case is the stable partnership with the water and the of the rocks temperature, where the flame burns, because unexpectedly they aren’t incandescent.

The landscape and the atmosphere are as fairy-tales. Believe it or not.