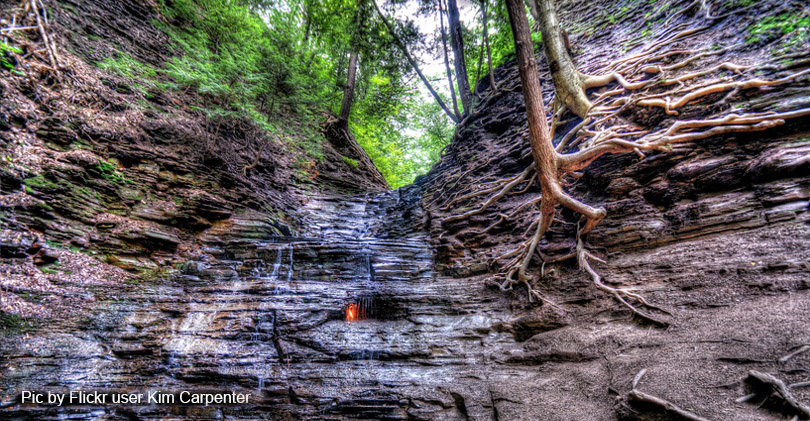 It is said that, in a land far far away there was a magic forest, where a tiny enchanted flame was burning endlessly inside a small charming cave behind a waterfall.
This could  be the beginning of a fable, instead it is reality.

The land far far away is the New York state. The magic place is  the  Chestnut Ridge County Park, Buffalo, NY where the everlasting flame keeps on burning, even during winter season when everything is frozen.
Many legends try to explain this phenomenon,  but, scientifically speaking, the fire is caused by the presence of underground gas bubbles . This event is not that rare, but  in our case it could be considered strange for the coexistence of a continuous water flow and for the fact that surroundings rocks don’t get overhitted

Even if legends are true or not, the landscape and atmosphere are magical indeed.