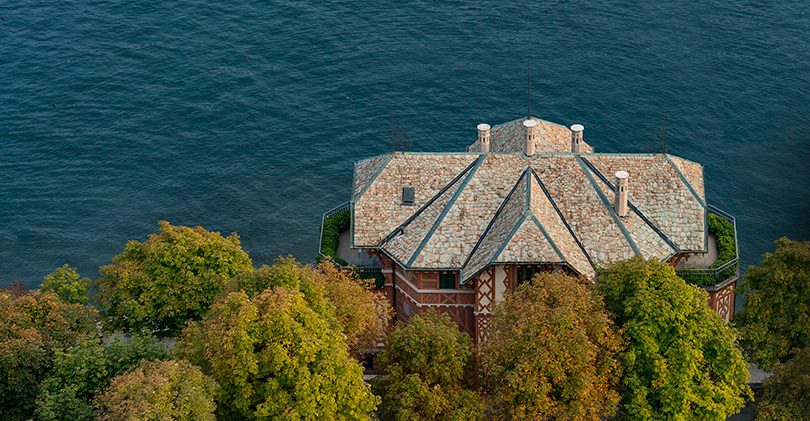 The Larian landscape represents a centuries-old strong relationship between man and nature.
It is difficult to think of Lake Como without the perched villages, the villas with their parks and gardens, where passions, loves and emotions were born in the shade of plants brought from the owners’ exotic travels and planted with the help of trusted gardeners. The same gardeners who, for the flower and agricultural exhibitions of Settembre Lariano that took place in the first half of the 20th century, represented the pride and prestige of the estates, competing in the reproduction of first fruits and previously unknown varieties.

In the 19th century, just in autumn, back from their travels and waiting for the city’s social season, the owners animated the villas with dance parties, music, boat trips, regattas, and plays in the garden.
In 1881 the journalist and scholar Raffaello Barbiera wrote “ The Milanese are lakers par excellence, and after all, which more beautiful destination than Lake Como and Lake Maggiore could they find for themselves? The first one, above all, because it is closest to the city and is jeweled with villas and scattered with gardens perfuming the air. Some of them are sumptuous and open to all and at all hours, and their soft velvety meadows make you feel like caressing them with your hand, along with the pure cobalt blue sky and water”. *

A landscape which inspired also writers and artists who, as involuntary tourist promoters, contributed to spreading the “Myth of Lario”. This was also favored by the mildness of the climate and the geographical position, exciting for romantic characters. An ideal stage also for great composers, such as Rossini, Bellini, Verdi, Liszt and Wagner, who dedicated their works to it.