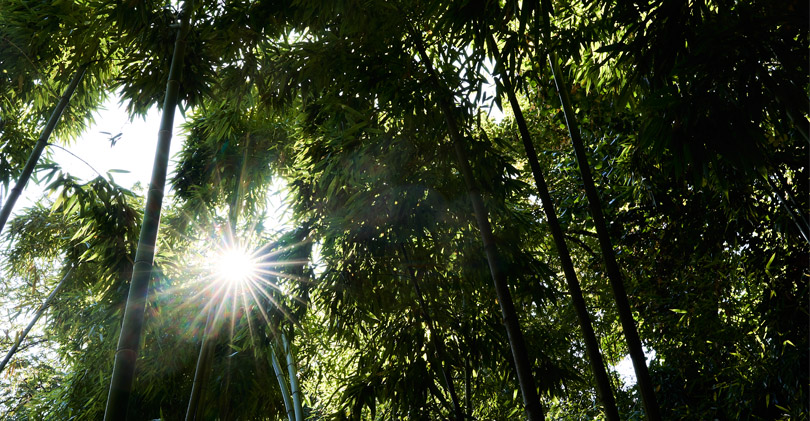 “Our obsession with sight has led us to produce loads of images of bizarre and beautiful places, but surprisingly few recordings of wonderful sounds”1

The landscape is mainly visual for us, but that is not exactly so. As a matter of fact it has another dimension that, at this very particular moment, perhaps someone will have rediscovered: the sound dimension.

The concept of soundscape was conceived by Raymond Murray Schafer, founder of acoustic ecology.
In practice, acoustic ecology aims at raising the world awareness to study, practice and design the soundscape as an alternative to noise pollution.
Ear cleaning – listening re-education – and soundwalks, marked by particular specific exercises, find in the conservation of soundscapes one of their main applications.
Especially in the face of the massive intrusiveness of man, or simply in the face of his intervention, the disappearance of entire habitats or specific urban and natural contexts also leads to the extinction of the soundscape they live on.

The basic assumption therefore lies in the idea that every natural landscape has a peculiar sound dimension, which collaborates in the construction and supports the landscape itself.
If the sound dimension changes, the completeness of that specific space is lost: a wood is not perceived as such if in the distance we hear a chainsaw or the sound of traffic in the background.
But that is not all.
A different soundscape changes the perception we have of the same place, transforming its essence.
Snow and storms radically change the perception.

Sound relates to the genius loci of a place, it is its language and dialect.

For years now our cities have been experiencing issues and problems related to the noise pollution and the quarantine period let us perceive that intensively.

The oases of peace in urbanized areas are now a key aspect in a sustainable future perspective.
Some studies propose that areas with sound levels below 55 decibels (a level you might hear from a refrigerator) should be designated quiet areas; another one suggests a level equal to the sound in a library.2 If that is the case, building them in a city would be unthinkable. Instead, noise is a subjective and relative factor. An area can be perceived more silent in relation to particularly chaotic areas.

The feeling of quietness, in fact, does not arise from a specific decibel value, but from the harmony of all perceived stimuli:
“The overall emotional response comes from an aggregation of what we see, hear, smell, taste, and touch.”3
According to a study, the perception of tranquillity is, in fact, both connected to the sight of a natural landscape or of the stars, and connected to the dimension of hearing (and not only) and to the absence of disturbing auditory elements.
Hearing works differently from sight: it is difficult not to “hear” a sound or a noise. This is because our ears are programmed to recognize the dangers. Immediately. A sound is perceived as disturbing when it stimulates the senses in a contradictory way, causing contrasting reactions in the subject. It is therefore the contradictory stimuli that become “noise”.
Under conditions of noise pollution, our brain is forced to work tirelessly to ignore the surrounding noises and select what could be considered as a potential danger. It is constantly forced to choose what to listen to, checking everything that passes (“a controlled impairment”4).

Tranquillity, therefore, is not connected to the presence of absolute silence, which is an exceptional and in most cases frightening experience: entering a sensory deprivation tank or an anechoic chamber – an ultra-quiet room whose walls make no echo – is a practice on the verge of shocking.
The feeling of quiet is instead connected to the sound of nature, which is not silence, but the absence of noise.
And nature is by no means silent.
“There are no noises in nature, only sounds”5
Each natural soundscape lives on specific relationships between animals and landscape: the singing of cicadas, among many examples, is deflected by the trunks of the forests (where the reverberation time is equivalent to that of a concert hall for Baroque music).
It has not yet been understood (and not much studied) why contact, vision, immersion or listening to nature so dramatically reduces stress levels: one of the most cited studies is one that tells how patients undergoing gallstones removal recovered faster if the hospital stay was spent in front of a window looking at a landscape rather than a wall.

Certainly among the soundscapes there are what Schafer defines “hi-fi soundscapes”:
“Starting from the consideration that a good quality sound system reproduces sounds by greatly reducing or completely removing unwanted noises, Schafer defined a hi-fi soundscape as a place where the hearing system is not overwhelmed by undesirable noise, making useful, relatively complex sonic information more audible. In contrast, he defined a lo-fi soundscape as one where individual sounds are masked by the rumble of traffic and other man-made noises”6

The fact that noise pollution and continuous noise are a sure cause of stress, is now taken for granted.
However, it is also a human responsibility towards the environment and the species that share them with us. An example: the great tits of cities like London, Paris and Berlin have changed their song, faster and with higher tones, to overcome the background noises.
This change has led to a sort of incommunicability between individuals of the same species, but of a different context (city – countryside), causing a series of consequences on mating and therefore on the future of the species in question.

The value of silence: plans and future

“and I only had one goal, and that was to become a better listener”7

Silence and the preservation of specific hi-fi soundascapes are now concepts that we will have to deal with.

In the wake of these new issues, Gordon Hempton, an acoustic ecologist and Emmy Award winner as a sound engineer, in 2005 created the project “One Square Inch of Silence” to preserve rare ecosystems from noise pollution and to safeguard natural silence. It is a niche that, according to him, has never been touched even by air traffic and is the most silent of all the United States: a small red pebble indicates “a square inch of silence”.

“If nothing is done to preserve and protect this quiet place from human noise intrusions, natural quiet may be non-existent in our world in the next 10 years. Silence is a part of our human nature, which can no longer be heard by most people.”8

In England, tranquillity was quantified through the publication of a map of the country according to the level of silence. The Japanese government will carry out a project for the conservation and dissemination of soundscapes, symbols of the Japanese cultural identity. (Sensitive nature and the attractive seduction)

Many walkscapers seek silence.
In addition to slow tourism, perhaps we should start shaping tourism in listening, because we cannot refuse the experience of sound.

Videos:
TEDxAmazonia – Gordon Hempton | wants to save silence from extinction
Preserving One Square Inch of Silence