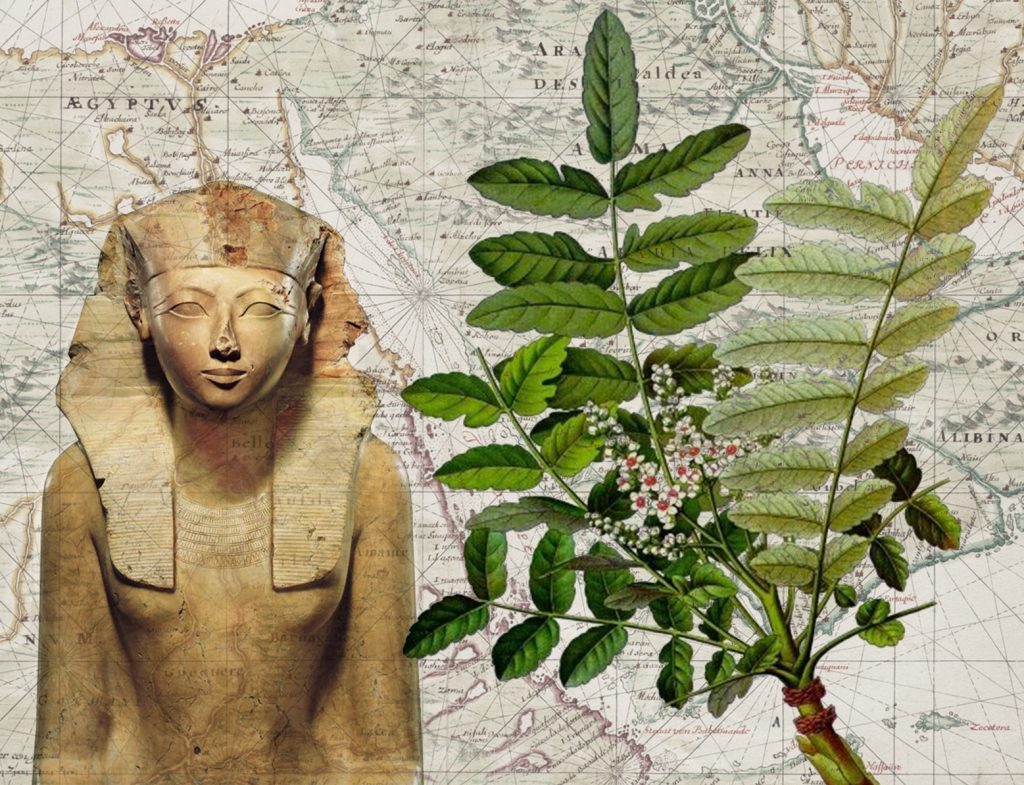 Explorers, botanists and naturalists, adventurers and buccaneers have sailed seas and crossed unknown lands in search of mysterious plants.
But when was the first expedition organized? By whom? And where to?

The first plant hunter ever reported took the adventurous initiative when Athens, Rome, Paris and London still did not exist.
And it was not a hunter, but a huntress, namely Hatshepsut, queen of Egypt. In 1482 BC she organized an expedition in search of incense, the resin of a plant today called Boswellia, that grew in the land of Punt, on the coasts of East Africa.

Five ships headed south and returned loaded with seeds, plants, lots of boswellia and other trees, of which thirty-one were transplanted into the gardens of the queen’s temple at Karnak.
The success of the expedition was even rewarded with an official inscription on the walls of the monumental complex.
Right here in Karnak, the engravings of the famous “Botanical Garden” are one of the most important examples of iconographic representation of plants, real petrified herbariums.

“(…) we can say that already many centuries before the Greeks made their first organized attempt to classify plants and create a botanical morphology with the Historia plantarum by Theophrastus (about 300 BC), the Egyptians had laid the foundations for the development of a scientific botany.
The ability to observe and translate data into graphic representations, the talent for appreciating the essential aspects of a phenomenon, already brought to levels of extreme refinement with the creation of the hieroglyphic system, contributed significantly to the birth and evolution of a tradition of botanical studies”*