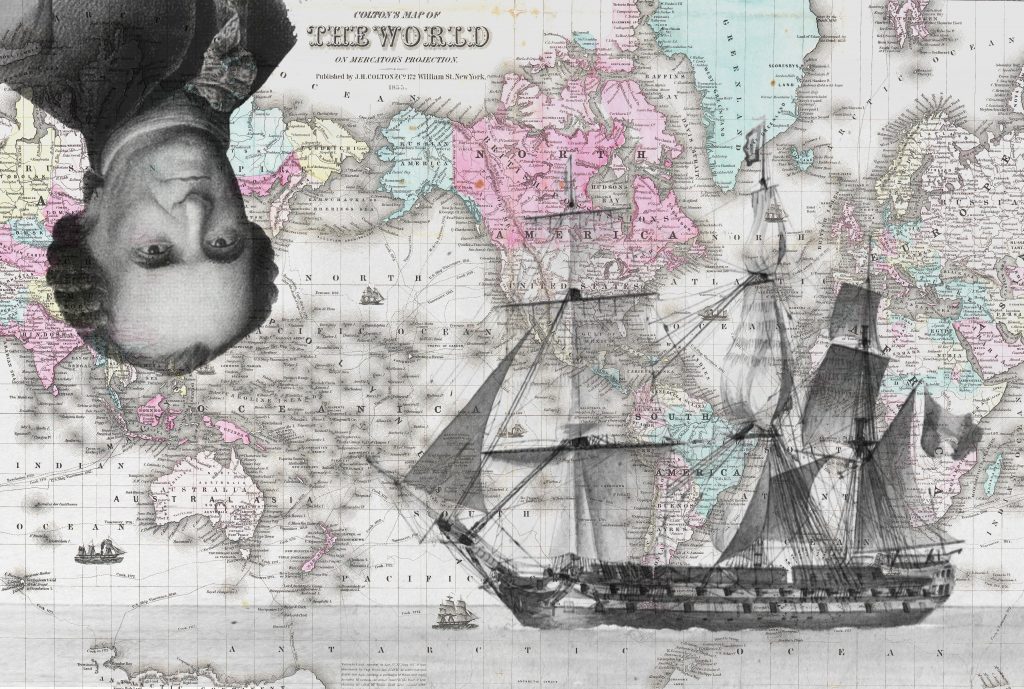 In his “Glory of the Scientist” of 1737, Linnaeus (see > Travelling into a landscape and the adventures of Linnaeus) exclaimed “(…) When I think of the sad fate of so many devotees of botany, I am tempted to ask myself whether those men, who so desperately risk their life and everything else for the sake of plants, are in their right mind or not.

Involuntarily, the scientist had outlined the profile of one of his admirers: Philibert Commerçon, who himself confessed to a friend that he was seized by what he called “botanomania”.

“The mere suspicion of a plant unknown to him was an irresistible attraction.  He thought nothing of scaling almost inaccessible mountains and both risked his life and ruined his health by his excursions… He always left for his botanical expeditions alone, bringing with him the minimum cash and supplies. He then returned home sick, covered with wounds, weakened by falls and accidents of all kinds, worn out by the efforts and the violence of his enthusiasm”*

An almost diabolical plant hunter, always surrounded by a halo of unreality, born in the Dombes, a small independent state between the rivers Ain and Saône.
For the sake of plants, the adventures and the risks faced with cunning, luck and athletic body, were truly incredible.

On a particularly critical occasion, he heard the roar of an avalanche above him and managed to save himself by forming himself into a human ball that rolled down the mountain.
Still in the mountains, on another occasion, while collecting plants on the steep banks of a torrent in flood, he slipped and his hair caught in a bush. He cut it and managed to free himself, but he was dragged by the torrent and almost drowned.

“Glory, as luck – he wrote- requires a race of daring and tenacious men”.
Between 1766 and 1769 he undertook the circumnavigation of the globe with the great Louis Antoine de Bouganville, although the sea was not exactly the element he preferred most.
In fact, in a short note he wrote: “Lunch and dinner for me are just loans, which I return punctually an hour or half an hour after I have finished eating”.

These issues on board the “La Bourdeause” certainly did not stop Commerson: the expedition was a triumph of seamanship and a success as far as anthropology and natural history were concerned. In fact, our botanomaniaque discovered an infinite number of plants, including a pink lily species which, in his honour, was called Zephyranthus commersonii, and a climbing plant, the Bouganvillea, named after his travel companion.