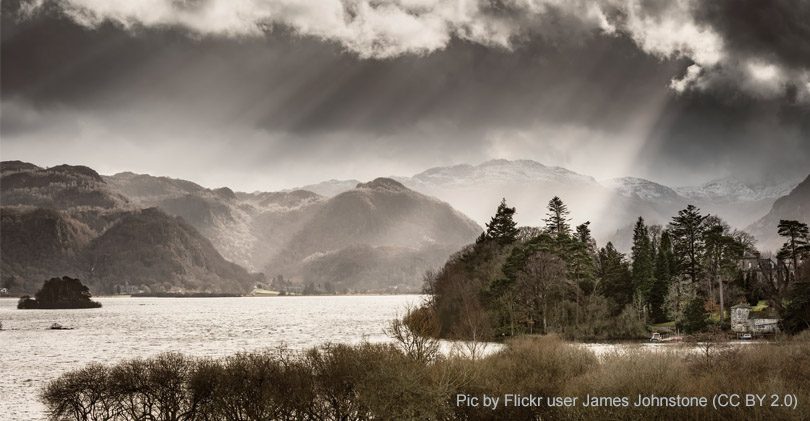 We are Gardenlovers. We love gardens, nature and landscapes. This is why we coined this neologism.

We are movie maniacs. We love cinema unconditionally. For this reason and in honour of Luchino Visconti, we created “Cinesalotto”.

We are lacustrine people. We love lakes. This is why we like to contemplate all the freshwater bodies of the world with their particular suggestions, different in every season, sometimes fantastic and relaxing, others dark and mysterious, but always fascinating.

And now?
This said, there is nothing left but to tell you about spectacular lake landscapes chosen for film sets thanks to their often surreal atmosphere.

Let’s start from here, from the Lake Como, and navigate towards Villa del Balbianello (see > Travelling into a lake landscape and Villa del Balbianello), which was the scene of some unforgettable scenes between Padmé Amidala and Anakin Skywalker in “Episode II. The “Attack of the Clones “of the legendary Star Wars saga.

Continuing with Star Wars, we will fly to Iceland, on Lake Myvatn, a perfect scenario at the borders of reality.
Set between the craters of many volcanoes and with waters heated by the geothermal activity, around this beautiful body of water and in the area of the nearby volcano Krafla, several scenes of “The Force awakens” have been filmed.
In the same film, the Derwentwater Lake in the county of Cumbria, in England, was the background of some battles.
An incredible contrast between reality and cinema: peace and tranquillity usually reign around this lake, also because it is located within the Lake District National Park.

Still among the English landscapes, we will fly over the Virginia Water Lake, an artificial lake in Surrey.
Do you remember the Black Lake surrounding Hogwarts Castle in the Harry Potter films? Here it is, where Harry flies over the water on the back of Buckbeak in “Harry Potter and the Prisoner of Azkaban” and where he tries to protect Sirius from the Dementors.
On his shores, in “Harry Potter and the Goblet of Fire”, Hermione tells Ron’s message to Harry, when the two do not speak to each other: “Ronald would like me to tell you that Seamus told him that Dean was told by Parvarti that Hagrid’s looking for you.

In addition to Virginia Water Lake, other lakes lent their shores and their waters and become the Black Lake.
Still in England, the Blenheim Palace park in Woodstock is the background of a Snape flashback scene in “Harry Potter and the Order of the Phoenix”, when the young Severus is hung on the tree by James Potter.

In Scotland, instead, the landscapes of Loch Shiel, near Glenfinnan, Loch Morar and Loch Eilt were chosen, where the islet Eilean na Moine is located; this is the setting of the tomb of Dumbledore, of the scene in which Voldemort steals the Elder Wand in “Harry Potter and the Deathly Hallows. Part 1” and the sad scene in which Hagrid throws stones in the water after the trial at Buckbeak in “Harry Potter and the Prisoner of Azkaban”.

Again in Scotland, in “Harry Potter and the Deathly Hallows. Part 2”, the scenes in which Harry, Ron and Hermione flee from Gringott on the back of a dragon and end up falling into a frozen lake, were filmed in the northern part of Loch Etive, in the area of Argyll and Bute, and in the Loch Arkaig, at Lochaber in Scotland.

The lake trip could continue. Surely it will, but in the meantime …
… we invite you to see (again) all the lake scenes that we told you about.