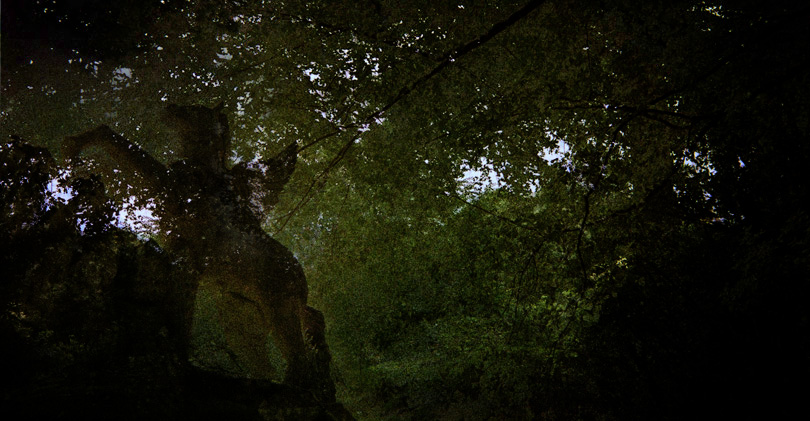 One day someone said “the universe is made up of stories, not just atoms”

A long time ago…

… In a moment of our history, someone felt, for the first time, the desire to turn an event of their life into a story.
At that same moment, someone else experienced a new pleasure in listening to the ancient narrator.
Thus was born orality, which asserted itself among all the peoples of the Earth in the continuous evolution of history, giving consistency to the past and saving it from oblivion until the advent of writing.
In the changing of forms and in the succession of narrators, thus begins the story of fairy tales, between indefinite times and symbolic spaces.

In the fairy tale every place is realistic and abstract at the same time, the landscape is not just a theatre of events, but it has a narrative function, it is the creator of the metamorphosis of the characters who embark on an initiatory journey. Its symbolic identity is marked by spaces such as the Road, the House, the Wood, the Palace. Ambiguity reigns everywhere and it is precisely on it that the fairy tale exerts all its suggestion.

This is where the journey takes place. The road is the metaphor of the journey itself, it is the adventure with many faces: path, way, space where the travellers’ destiny flows and where their initiation takes place, transporting to distant times, among the rituals of transition to adulthood in archaic cultures of the world, but in truth in the life of every human being, along the journey in the different phases of life.

“Man is by his very nature a subject who aspires to freedom and who, therefore, must ‘walk’, in order to try to overcome every obstacle and every closure to the unfolding of his natural freedom. Man is necessarily a traveller, first of all to find and conquer his identity, an essential and fundamental condition for the manifestation of his natural freedom”.

There reside the archetypal principles of the fairy tale and the transversal ambiguity of family relationships reigns. From here we start and here we return. Here we find aspects of safety and danger at the same time. It is a place of growth, where we are formed, but which we must also leave. It is the space of one’s identity, which is never idealized because the fairy tale is fantastic and highly realistic at the same time.

It is the space of danger and fear. Here you get lost and meet the unknown, but also friends and benevolent forces, and the night is intertwined with the glimmers of light illuminating the path. It is an enemy place, to be faced and overcome with cunning, often populated by witches, dragons, giants, gnomes. In the woods there is perdition and salvation, abandonment and redemption, here the risk is always lurking. It represents the disturbing aspect of nature and society, and for this reason the fairy tale invites you to cross it, get to know it and dominate it.

It is the house of power, of the fairytale landing, where they “lived happily ever after”, but also a place of treachery, like any home. It is the symbolic space par excellence, of new security and new identity, of conquest and happiness.

These are the great symbols around which the adventure of the oral tradition fairy tale takes place.
The dreamlike form, the ahistoricity and the essentiality of the landscape description make it universal, archetypal and terribly fascinating.
An alchemy that transmits messages acting on the unconscious of every man, developing the rational part and awakening the magical one.
And it is precisely here, in these depths, that the formative essence of the fairy tale moves. Because, in the end, its purpose is to arouse strong and contrasting emotions, in the search for our most hidden identity.