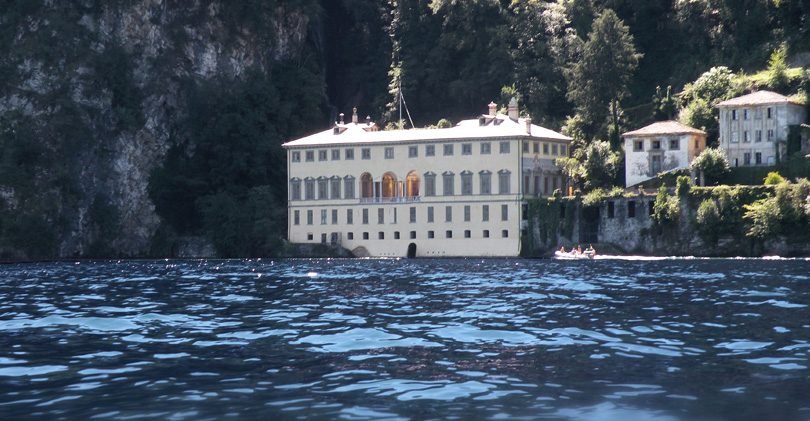 Located in Torno (Co). A late Renaissance villa with a portico and a loggia (arch. G. A. Piotti) and an ancient intermittent source. The garden on the lake was rearranged in a romantic style.

The intermittent source.
A natural phenomenon that has made Torno famous for centuries all over the world.
The protagonist is a perennial spring water that feeds the famous “Pliniana Intermittent Source” inside the villa. Its name derives from the fact that it was precisely Pliny the Elder and Pliny the Younger who described it in their works.
“A copious source that always waxes and wanes every hour”. This is how Pliny the Elder describes it in his “Naturalis Historia”.

Scholars, including Leonardo da Vinci, who visited the site when he was staying in Milan, have strained to understand the real nature of this source and its dark and mysterious operation for a long time. According to the most plausible modern hypothesis, the intermittency, as Pietro Tornler, a scholar from Torno writes, is due to the presence of a natural siphon in a karst cavity. When water reaches a certain height inside the cave, it is discharged to the outside and the flow rate decreases until the next internal accumulation and the new overflow.