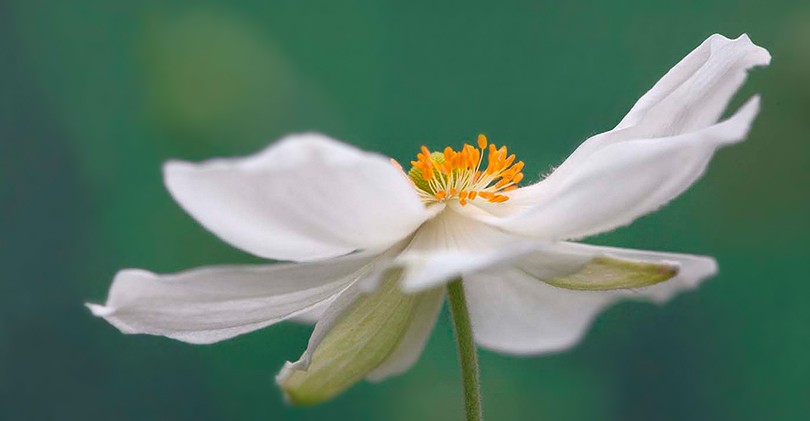 The Anemone, the flower of the wind

The generic name Anemone was first used by the Greek philosopher and botanist Theophrastus (371 – 287 BC.), who succeded Aristotle at the helm of the Peripatetic school, deriving from Greek word ánemos (άνεμος), hence the wind.
Pliny the Elder, in his Naturalis Historia, explains how the etymology of the name is related to ánemos : “the flower only opens when the wind blows, and it is this feature that gave the plant its name”.

Greek and Christian legends tell us of plant origin and every symbolical aspect it possesses, including as a representation of good luck, unwavering love and the start of a new phase of life.

The genus Anemone consists of around 120 herbaceous perennial species with tuberous and hardy rhizomes, cultivated mainly for their cup-shaped flowers whose colours range from pure white to deep violet, with a core of strong and large stamens.
Anemone will thrive in the garden or in pots, depending on the variety, or may be grown for cut flowers. It is normally divided into three groups, according to their flowering season: end of winter/spring, spring/early summer and end of summer/autumn.

> A complete sheet of Anemones with their origins, legends, species and variety as well as cultivation advices  (.pdf). In Italian

The thousands anemones will be matched with … Bassia scoparia