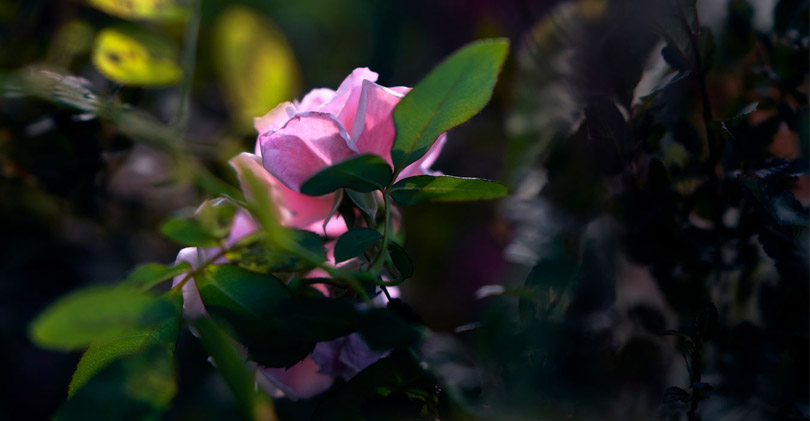 “A Persian poet from the year 1000 gives us a piece of advice: if you have two pennies left, buy one loaf of bread for your hunger with one and a rose for your spirit with the other“1

Sargon the Great, a Sumerian king, brought roses to Egypt. They can also be found in Babylon in the hanging gardens of Semiramis, in Knossos, in the palace of Minos, as the paintings tell.
It is said that they came from Persia, passing through Greece and Macedonia.
Some fossils in Oregon and Colorado date them to thirty-seven million years ago, long before the appearance of man.
It was the flower par excellence in Roman times: Iacere in rosa was a display of luxury, because few could afford the petals of the beautiful flower on beds and triclinium, like Cleopatra on her renowned alcoves.
The Roman patricians ate the petals, in elaborate dishes, as if they were delicacies or they added some to the wine to flavour it.
The most fragrant ones were from Cyrene, they grew even in winter in Cartagena, the late ones were born in Miletus and the early ones in Campania.
Then there was that of Paestum, the red one, which bloomed twice a year.
Finally, an island bears their name. Rhodes, the “Island of roses”.

Hecate and Aphrodite. The sýmbolon

It is the emblem of numerous female divinities: of the goddess Isis, according to Cattabiani, one of the many names with which the great Mediterranean mother was venerated, of Aphrodite, also heir of the great mother. The scented oil with which the Greek goddess bathes Hector’s body so as to preserve it after death is obtained from the rose.

Hecate is also adorned with roses. Underworld deity and psychopomp, queen of evil demons, witches, the moon, spirits and death, invoked in black magic rites at the intersection of three roads, capable of granting any mortal what they most desire, is the counterpart deity of Aphrodite, one the symbol of the other.
The sýmbolon in the ancient world was an object (amulet, a ring, a nut, …) divided in two parts that sooner or later should have been reunited. Aphrodite and Hecate, love and death. A rose for both.
It is no coincidence that many symbols of the beautiful goddess of love are shared with the world of the afterlife (pomegranate, rose, purple, …).
During the ancient funeral rites in memory of the dead, called Rosalia, these flowers were placed on the graves.

This preferential connection with the feminine made it the flower of the feminine par excellence. Of physical and spiritual femininity, secret and mystery of it; its petals shamefully close on the centre, a gentle and seductive heart.

With its concentric motion it not only represents the feminine, but also the secret and the wheel of the life-death-life cycle, which become the One from which everything originates.
The rose is cup and female, acceptance of life, capable of preserving its eternal return.
Through a very long cultural path, passing for example from the Pythagoreans, Apuleius, the alchemical and hermetic symbols, roses become the emblem of the secret.
In practice, they were hung from the ceiling of inns or rolled up in garlands around the overflowing mugs to remind patrons not to blurt out the secrets revealed sub rosa (“under the rose”) the next day.
You can find them, with Vicino Orsini, in the Sacred Wood of Bomarzo; roses were carved in the confessionals and in the decorations of the rooms reserved for state affairs.

But that is not all.
Stories of great loves mark their life.
While Marie Joseph Rose Tascher de La Pagerie, aka Giuseppina Bonaparte, bought Malmaison, there were Chinese roses, Alcatraz roses, the roses of the English Gardens …
All stories behind the leaves told by Anna Peyron in “Il romanzo della rosa” (The novel of the rose)