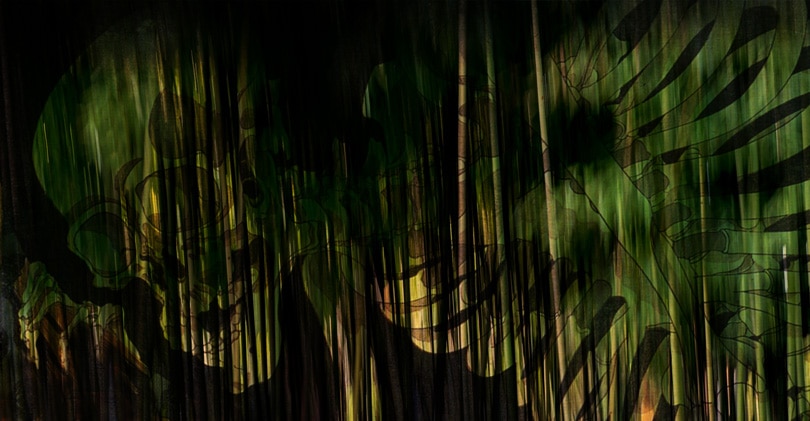 “It is not the voice that commands the story: it is the ear”
(Italo Calvino)

Narration is not just a human need, but the very structure of our memory. In fact, we remember through stories: an example is the technique used to remember a large amount of numbers, visualizing them as characters acting in a narrative. While remembering 67,890 numbers in a row is a Guinness World Record performance, studying and memorizing texts having the same number of characters is a daily routine for many actors. It may also happen that someone knows the whole Divine Comedy by heart: 101,698 words, exactly 408,476 characters.
The difference between remembering numbers and remembering letters?
A story behind it.
It seems indeed that human memory is crystallized by emotions, by the place where we find ourselves. And then by a tale.
“History, place, emotion are the foundations of our clearest memories”1

The two timeless elements: the fairy tale and fear

Fairy tales and horror stories, the two timeless elements in human narrations, seem to have a lot in common: monsters, woods, witches, terrible experiences testing the protagonists. Abandoned children, cannibalism, fear, night, ghosts, magical helpers.
Both face, each in their own way, the dark corners of human existence and the experience of pain, growth, fragility, death.
The two atmospheres, are however very different.
In the fairy tale, for example, the heroes are not affected by the psychic consequences of their dramatic experiences and they do not have an emotional surrounding world. They feel neither wonder nor horror in front of the numinous appearing to them and there is no temporality making them grow old (the princesses wake up after a hundred years still young and beautiful). The magic is in a faraway place, but to reach it you only walk three days and three nights or get lost in the middle of the forest. In horror stories, instead, the experiences are dramatic, the marvellous element causes amazement or fear, living in the world and with the world, in its temporality and spatiality, but hidden from view.
Despite the differences, the two timeless ones share, as a founding instance, the need to confront the shadow.
In front of the fire, in the evening, when night falls, the air changes, our psychic world is torn apart, ready for the new language of dreams and … telling of fairy tales and terror.
This is the common thread binding various literary traditions: from Boccaccio to the Greek bards, from medieval troubadours to evening tales. Fairy tale and fear, an age-old couple.

In Japan, for example, during the Edo period, a summer pastime among the aristocrats consisted of getting together to tell scary stories: the shivers of terror would refresh the body and help the soul to face the heat wave.
During the Hyakumonogatari kaidankai (meetings of the 100 ghost stories), 100 candles were lit inside blue lamps to recreate a ghostly atmosphere. During the night, guests took turns talking about yōkai, demons, ghosts, and other supernatural or mysterious creatures. After each story a candle was blown out as the darkness advanced.
As soon as the last one was turned off, all the attendees would die at the hands of Aoandon, a ghostly ogress.

Belonging to the family of Graminacee (Poacee), it is capable of growing more than 35 inches per day (1.5 inches per hours!); its flowering – in some species – is synchronized worldwide and in another species it occurs every 80-120 years. Bamboo is featured in Philippine creation myths, Indian and Vietnamese folklore. It is an elixir of life in China, important in the mythology of Hawaii and Polynesia, where it is the younger brother – who became a vegetable – of the divinity of volcanoes.

But it is above all in the Japanese world that it takes on a role within the stories of fear and supernatural.
A story tells of a man, who one night discovered the Gashadokuro in the middle of his bamboo collection. A monstrous giant, an enormous nocturnal skeleton, indestructible and capable of making itself invisible, carnivorous of human flesh.
It had a bamboo cane stuck in its eye and the man, despite his fear, decided to help it remove it, even offering it a bowl of rice. So it was that the yōkai, without hurting him, decided to tell him its story.

One of the oldest fictional stories in Japan, whose transcription dates back to the 10th century, is the fairy tale “Taketori monogatari”, which can be translated into “Story of a bamboo cutter” and today is also known as “Kaguya-hime, The Moon Princess”.
The fairy tale tells of a poor bamboo cutter who, one day, was attracted to a bright cane. He cut it off and, inside it, unexpectedly found a very small girl.
The man decided to take her home to her wife and raise her as their daughter. From that moment on, magically, every time the old cutter cut a bamboo cane, he found a gold nugget inside.
As the family grew considerably rich, the little girl, who was growing at an extraordinary speed, became a beautiful woman, with very white skin, whom everyone asked to wife.
Five were her suitors, of great stature, who presented themselves to her, but whom she rejected by devising insurmountable challenges.
She came from the Moon and had to return there, she could not stay on Earth. And one day, with her magical feather dress she flew away, back to her bright people.

It is not the only Japanese story in which bamboo hosts a very small and non-human creature: it also happens in the fairy tale ”Takenokodōji, the little man of the bamboo shoot”, in which the bamboo genius fulfils the wishes of a young barrel maker’s apprentice and who, like the princes, comes from heaven.