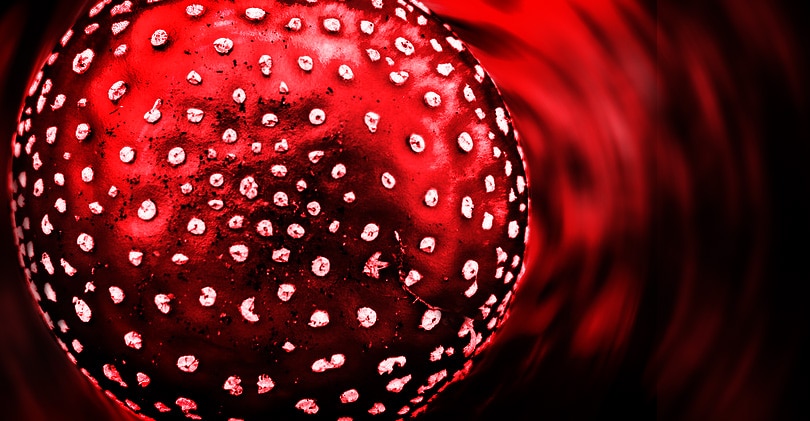 “The story goes still further, but my grandmother, who related told it to me, had partly lost her memory, and had forgotten the rest.”
(from “The Goose-Girl at the Well” by Brothers Grimm)

Telling or listening to fairy tales, inventing them, mixing them, is an ancient gesture, born with man, with the word itself.
There is like a light in the fairy tale that makes every action, every hero and heroine, every place, a magical fog, a starry sky, the sound of the sea.
A numinous expectation pulses with every change of word.
The unexpected enters our emotional reality without leaving us stunned, but making us feel travelling in our being “men”. (Find out more > Travelling into a landscape and a breath of fairytale air)
Like monsters, some places and the beings populating them cannot miss.

The clearing in the enchanted forest

Inside the clearing of the fairy tale forest, there is a bit of everything and it is just there that the most interesting things happen ...
With the Brothers Grimm, in “The Goose-Girl at the Well” there is the witch’s house (we will later discover that she is wise and good), while in “The Frog Prince or Iron Henry” is the place where the amphibian is found that the princess with the golden ball will meet. In the Norwegian fairy tale “The castle of Soria Moria”, the protagonist Halvor meets the old woman, who asks the West wind to show the right way. In the Russian “Vasilisa the Beautiful”, however, the clearing is the place of Baba Yaga.

There almost always something magical happens, because the clearing, if it is not the heart, is a fundamental organ of the forest.
To reach it, you have to go through the enchanted forest and, perhaps, even get lost.
Like a magical place, even if it is night, it is bathed in light, after the darkness of the thicket, because a true literary topos, the clearing in the enchanted forest is always illuminated by the light of the event-advent.
In close connection with the discovery, with the place of the epiphany, with the numinous wraiths to be faced on one’s journey of initiation, the clearing appears, it is not sought after. It needs the protagonist (and the reader) to invent their own special path, discovering new ways inside and outside themselves.

The enchanted forest is just that, it is par excellence a landscape that makes you lose:
“the mission of the trees we see is to hide the rest of them and only when we realize that the visible landscape is hiding other invisible landscapes do we feel inside a wood” 1

The mushrooms of the magic forest

If there is a magical forest, enchanted mushrooms also appear in the imagination …
Instead we discover that in fairy tales, in the Nordic tradition and in many others, there are no mushrooms.
How then is it possible that this connection is so obvious to us?
Some argue that it dates back to the Victorian era, to its illustrative tradition of children’s storybooks, where magical mushrooms dot the enchanted forest. A moment during which an overwhelming fascination for psychedelic experiences induced by the most disparate mushrooms would be born, causing them to proliferate in the fairy-tale imagination.
Others argue that the shamanic tradition, in addition to the Celtic one, defined the representation of enchanted worlds in the Nordic tradition, creating a fusion between folklore, populated by fairies and mushrooms, and fairy tales.

What is certain is that the enchanted mushroom par excellence is shiny, red and dotted with white specks: the Amanita muscaria, very much present in the folkloric tradition of some countries, is popularly called “Snow White mushroom”, but obviously does not appear in the text of the fairy tale.
It is an Irish belief that this mushroom allows you to see gnomes and fairies, so much so that in Gaelic, the same word defines both: pookies. Its hallucinogenic action is called going away with the faeries. In Norse mythology, it is said that, during the pursuit of Odin, red saliva came out of the mouth of the six-headed horse Sleipnir, which upon touching the ground turned into mushrooms. It seems that Celtic society (but not only that) used these mushrooms to get in touch with the divine: it was believed that they were the result of a larger millenarian living being with ancient knowledge. If eaten, it could be transmitted to man.

The rings of fairies

In the folkloric tradition there are also the ‘rings of fairies’, a phenomenon shared by 60 fungal varieties: it is said that they are born when one of them, an elf or an elf appears, or that they are the space around which they dance holding hands or the traces of their trampling. Gates to another world, dining tables for little magical beings, signs of an underground fairy village.
Many English tales tell that if human beings ventured into a ring, they would be forced to dance with the little creatures to madness or death, because unable to stop.
If they then incredibly managed to return to the human world, they would be mad or never as before, discovering that in those few minutes of dance, days, weeks or years have passed, without forgetting that they could become invisible forever.

A common thread binds the clearing and the mushrooms in the world of the fairy tale: their ambiguous charm corroborates and collaborates with the strong and ever-present feeling that the fairy tale is a journey into the knowledge of man, through its long twilight shadows, its dark corners, its blinding lights.