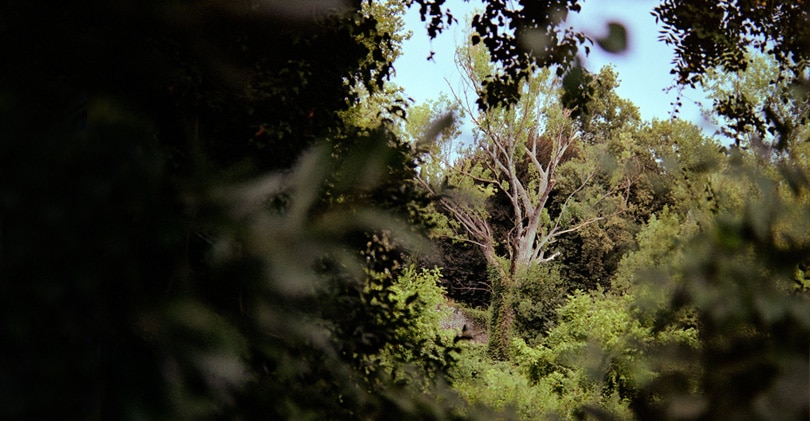 “Now, when we get into this wood, for heaven’s sake mind you take good care; you mustn’t touch anything, and not pluck off so much as one leaf, else it is all over both with me and you; for here is a troll with six heads who owns it, and him I don’t think I should be able to master.”
(from “Kari Vestedilegno”)

Once upon a time there was a castle with a garden … but be careful, because gardens can be, and often are, very enchanted and a little dangerous: when a branch is broken, a fruit is stolen, a flower is picked, something magic can happen. And it usually happens.
When there is a botanical violation, there is a fairy tale …

The fairytale garden of botanical violation

The fairytale garden (find out more in > Travelling with a fairy garden landscape) is obviously a magical place: garden of the haunted house in the woods or royal garden of the castle, with scented plants, fruit or attractive flowers.
In fairy tales we find the whole tradition of the “Garden of the golden age”: a place of fertility and eternal abundance symbolized by the juicy fruits of the trees. Under its soil, the tradition of the literary topos of the locus amoenus also hides something mysterious, fascinating and above all dangerous: the Afterlife.
Tearing or uprooting a plant from the garden is a botanical violation: it changes events, causes an upheaval or opens a gateway to the unknown underground world.
In Greek and Latin mythology, but not only, this gesture is repeated many times and in others it starts the story, as in the case of Kore-Persephone who tears a flower and is kidnapped by the ruler of the afterlife. Or like Europa who picks flowers near the beach and is kidnapped by the white bull-Zeus.
Similarly, grabbing a juicy fruit from a tree in a paradise garden is a highly symbolic action and in myth, folklore and religions there is often a trace of it. You want an example? The apple in the earthly paradise. It just could not get worse than this …

This long tradition of torn plants and stolen fruit is connected with the narrative of an ancient and transversal prehistoric divinity: the “Great Mother”.
At the dawn of history, the first men noticed the very close link between a woman’s fertility and the creative force of the soil. It is no coincidence that in all European languages the word “earth” is always in the feminine.
The goddess is triune: virgin, woman, elderly. It causes and personifies the magical death and rebirth of vegetation in natural cycles, but it is also the vegetation itself. It is water, fertile land and coffin, with a wet belly where everything is born and returns after death.
One fact is certain and shared, the goddess is at the centre of “a religion venerating both the universe as a living body of the Mother Creator Goddess, and everything that lives within her because it participates in her divinity.” 1
Thus the plants and their fruits, some more than others, become its divine emanation: breaking a branch, uprooting a bulb, grabbing a fruit are gestures that, far from being simple actions of little value, become a break (or modification) of the divine order, charged and pregnant with consequences.

There are many botanical violations in the fairy tale.
In the “Twelve little brothers” by the Brothers Grimm, the girl sister tears off some Studenten lilies or St. Anthony’s lilies, unwittingly killing the little brothers. They can only be saved through a test “so difficult, that you will not be able to succeed”. This happens in “Rapunzel”, where the mother makes her husband steal the most beautiful, fresh and green rapunzels, but in exchange she has to deliver her unborn child to the sorceress. Attracted by the beautiful rose, “the three princesses of the blue mountain” grab it, but immediately after doing so they disappear under a huge snowflake.
In the Russian fairy tale “Burja the hero son of a cow”, the wife of one of the snakes is transformed into a magical garden full of juicy and fragrant fruits, capable of killing heroes.

“There is only the great winter, which creates life. Kept asleep, it is then woken up at the right moment.
Autumn is the gathering of plants within themselves, the search for the roots of new paths, within the earth.”
(Pietro Testori, guest of Orticolario 2016 and 2017)

According to the essayist Giuseppe Sermonti, the enchanted garden is the theatre of baroque fairy tales, different from the gothic ones, which represent different aspects of the plant world. (Find out more in > Sensitive nature of a fairy tale and the juniper, magical protector) “Hänsel and Gretel” tells about getting rid of the seed of a plant, “Tom Thumb” is a small travelling seed, “Sleeping Beauty” is the unveiling of the secret of botanical fertilization, in “Snow White” there is the representation of the brevistilìa…
The characters of the magic garden are the heroines with sunny and spring colours like the Angiosperms: little iridescent Cinderella, who change their clothes at different times of the year. They pass from an underground, dark, cold space to a bright, sunny, warm one. A new rebirth, a glittering, sumptuous, unexpected dressing.
They are the heroine plants of a flower garden, as luxurious as spring.

A remnant of ancient propitiatory rites in praise of the Great Mother in a vegetative guise, the celebration of the passage from winter to spring, the symbolic descent of plants into hell and their return to life, is a dressing in the fairy tale.
“All the concealments, coverings, burials, infestations to which the hero or heroine of the fairy tale succumb to belong to the winter of the fairy tale. The underground room or the kitchen on the ground floor, the skin of a donkey or frog, are the modest clothes of winter, the underground vegetation allowing the plants to overcome the bad season. The plant life disappearing in winter continues to exist in an occult form, and what the earth hides are the ideas, the first principles, the archetypes of spring rebirth.” 2
The Baroque heroines, compared to the Gothic ones, are therefore very different: “In the relationship, they represent the caduceus in the face of the everlasting, the painful-joyful in the face of the imperturbable, the cyclical in the face of the linear, the Dionysian in the face of the Apollonian” 3
Above all the bulbs, according to Sermonti, with their katabasis, resemble, almost identifying with them, the Great Divine Mother: they descend into the underworld, so that they can be reborn, making their way into the bare earth, like the narcissus, which is the flower that attracted Kore-Persephone and then the protagonist in the dark tale written by Kierkegaard.
A flower imported from the Mediterranean, in China its name can be translated as “immortal water”.
In ancient times, the mythical figure of Narcissus was also venerated in the version of Narkissus, called the Hero of Silence or the Silent One, because it is connected to funeral rites. Perhaps not only for his narcotic characteristics, but also for the symbolic katabasis of its bulb?
Similar, not the same, the lily, whose first mural depiction dates back to 1550 BC, is very present in Grimm’s fairy tales, often linked to a male offspring.

The Chinese princess, a little lily and a little bee

In a beautiful Chinese fairy tale, instead, the lily is told as a princess from the world of dreams.
The dream world is that of Tou Hsun, who lives in Chiao-chou. When falling asleep, he meets the beautiful princess Lily with whom he falls madly in love.
Upon awakening, he realizes it was just a dream, but he looks at the lily in his garden with longing, because he can’t forget Lily’s scent and beauty.
The next night he falls asleep again and, with great happiness, returns to his life with the princess: their reunion is interrupted by a dispatch delivered to Lily. A huge snake/dragon is destroying the city and coming dangerously close to the royal palace. At that moment the dream becomes more and more distressing, the dragon getting closer, while Lily’s father, and Lily herself, ask to be saved. And so Tou Hsun transports them to the garden of his home.
He wakes up again and discovers some little bees that he cannot keep away. Asking his neighbour for advice, he realizes that the bees are looking for a home and in truth they are the princess and her court. Thus he builds a beehive which is invaded by a snake, later killed by Tou Hsun with the help of a neighbour and a wise old man.
The honey from Princess Lily’s hive is incredibly sweet and with the passage of time the bees fill the garden with many increasingly rich hives.