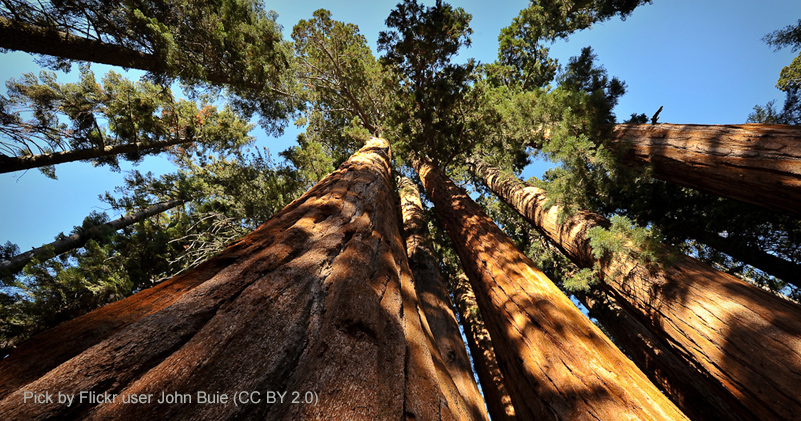 “A wilderness, in contrast with those areas where man and his own works dominate the landscape, is hereby recognized as an area where the earth and its community of life are untrammelled by man, where man himself is a visitor who does not remain”.
Wilderness Act

There is a word in English that is difficult to translate into Italian: WILDERNESS.
It simply indicates that mixture of wonder, amazement, fear of wild and uncontrollable nature. A nature which incorporates all human traces in itself, an overwhelming vital impetus. It indicates, with a single thought, the human need for a spiritual contact with a nature in which man is a small part, a nature of great dimensions, enormous trees, endless expanses. And it could not be other than an American term, formed in the philosophy and texts of authors such as Emerson and Thoreau, born from the comparison with wide, vast, extended landscapes, with the proportions of a huge land crossing the whole world, from one pole to the other.

At the beginning this term had a negative nuance because it indicated a place where the man was not and could not exist, a place of solitude, where the presence of the human being was almost impossible due to an extremely cold or hot weather. From here, slowly, through texts like Walden, Indian Boyhood, the essay Nature or the collection Leaves of Grass, this conception changes and the inhospitality of wilderness becomes the possibility of rediscovering an authentic relationship with a nature that from inhuman becomes over-human. Little by little, wilderness becomes the realm of the earth’s breath, without human intrusions. So the power of the desert, of the immensity of a horizon, like the American one, which moves the gaze ever further, which does not force the spirit, but cannot even protect in a more familiar dimension, takes shape in a word, in the language of a land where giants really exist.

Sequoias, silent giants with red skin, have helped and will surely help us to rethink our dimension with respect to everything around us. Among the Sequoia sempervirens, most of which are located in the Redwood National and State Parks and the Giant Sequoias or Sequoiadendron giganteum of the Sequoia and Kings Canyon National Parks, all our claims of greatness, control, omnipotence are reduced. Among Hyperion, the tallest living tree with its 378.1 feet, discovered on September 8, 2006 by Chris Atkins and Michael Taylor, and General Sherman Tree, the most massive living tree, estimated weight 4 million pounds, the human being breathes ancient ages, titanic measures. It is no coincidence that the name of the tallest tree in the world, Hyperion, was an epithet of the sun (it means the one “who moves above”) and the name of one of the Titans described by Hesiod.

In these lands, in this atmosphere everything becomes calm, flows with original rhythms, the trees breathe and the earth vibrates, the womb of life, a planet with an incandescent core. We feel their roots live under our feet, in front of these giants with red bodies, unique living beings, which seem to look at the stars. Here man is restored and returns to be life, energy and electricity. Here life calms down and strengthens.

In 1847 the Austrian scholar Stephen Endlich made a strange connection and called the giants, Sequoyah, as “the son of a European smuggler, fur trader, and an Indian woman, who invented the Cherokee alphabet at the beginning of the century”, binding them forever to an alphabet.
Perhaps not so consciously, but the link between the word and the red tree is not so fortuitous.
The sequoia, a huge witness of stories that are not its own, reminds us of worlds preceding us. In its grandeur and to our eyes it is a trace of how much the plant, before us and after us, pulses and lives and vibrates, but it is also a remnant of what is a vital nucleus in man: the word. In the Latin language the bark is called liber: the book is our bark, a protective skin for the survival of the species.

“The inside of the bark is traversed by vases – botanists call it xylem or wood – carrying water and dissolved minerals from the roots to the leaves. There the chlorophyll and the sun perform the prodigy of transforming the inorganic into organic, the dead matter into living matter. The raw sap becomes elaborate and through other vessels – the phloem or book – arrives, now with sugars and proteins, where the tree needs to grow with new branches, leaves and flowers.
The book of a tree transports matter allowing life and development, the book of men transmits knowledge, makes raw knowledge elaborate, makes the simple complex, feeds it into an uninterrupted growth from thought to words, from the writer to the reader”. (Giuseppe Barbera)

Sequoia, book, bark and words. Stories behind the leaves.

2016 is the centennial of the National Park Service, a US federal agency that oversees the management of numerous parks. Among the various events, on November 7th and 8th with the Sequoia and Kings Canyon National Parks ’Science Symposium, a day for specialists on current research. For those who happen to be there…