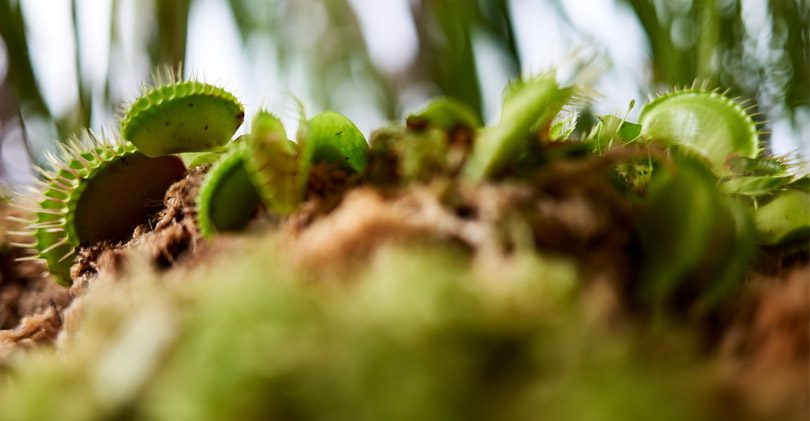 The dionea, also called Venus flytrap, is one of the most famous carnivorous plants, ever since Darwin called it “the most wonderful plant in the world”.
Its typical “mouth”, which closes with a very rapid movement to trap and then swallow its victims, makes it look like a carnivorous animal.

A research, published in The American Naturalist describes another interesting feature: its “jaws” do not indiscriminately devour the insects daring to approach, but avoid those that pollinate it and therefore allow it to be reproduced.

The experimentation has thus allowed to discover the type of insects that pollinate the Dionaea, giving information theorized until now, but never really ascertained.
Researchers first caught several insects on the flowers of the Venus flytraps during the flowering season, and then checked them to see if they were carrying the plant’s pollen.
After analyzing about one hundred insects, they discovered that the only transporters were three: a bee of the Augochlorella gratiosa species, a beetle of the Trichodes apivorus species and one of the Typocerus sinuatus species.
After analyzing more than 200 preys captured by the plants, the researchers found that the three species were not present among them, despite their frequent attendance.

Considering that the flowers of the Venus flytrap are located high enough compared to the snap traps, and that this favours those insects that can fly, future studies will explore the hypothesis that these carnivorous plants are able to attract pollinating insects, and not their prey, through specific smells or chemical signals.

Soon, more updates on this new study on plant intelligence.