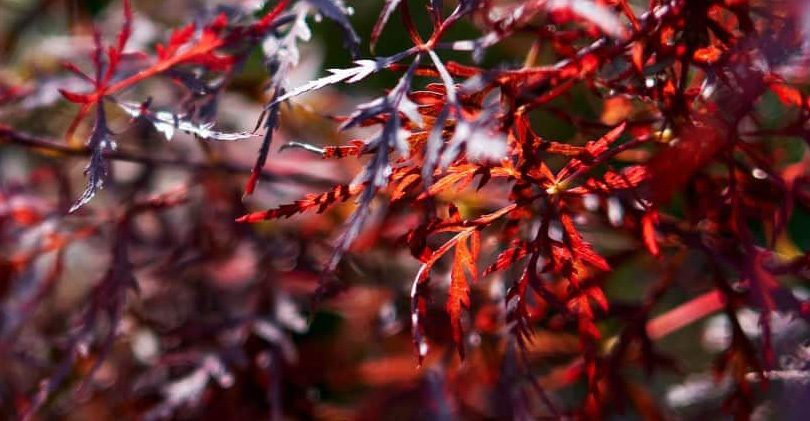 From an ancient and aristocratic pastime to the irresistible act of seduction of nature over man.
It is the momijigari, a secular rite between maples and Japanese people.

Literally momijigari means “maple hunting” or “red leaf hunting” and started in Japan in the Heian period (VIII-XII century AD) as a pastime of the aristocracy, who in autumn sought inspiration among the foliage of maples to write, read and recite poems, play and sing. From the seventeenth century, in the Edo era, the custom spread in all social classes.

In autumn, thousands of Japanese hunt for purple maples: men and women attracted to and driven by the desire to admire and contemplate the changing colours of their leaves.
Everything starts around mid-September on the northernmost island of the Japanese archipelago, Hokkaido, and continues to the more southern islands following the koyo-zensen, or the shifting of the colour, until the end of November.

Maple, the undisputed protagonist, is however not the only transformer of the moment: the “Guide to the colours of autumn” of the Japanese tourist association explains which trees change colour, where and when, between deciduous forests and temple gardens.

The leaves feature infinite shades of green, from the most tenuous and velvety to the most intense, and then leave room for shades of yellow and red, crossing the range of oranges thus indulging in a growing and sparkling chromatic game.
Flaming landscapes, scenes of incredible and ephemeral beauty, evoked in the oldest poetic collections like the Man’yôshû.

“Buried by winter,
When spring comes to pass,
The silent
Birds burst into song.
The bloomless flowers burst out,
but the mountains are so lush,
One cannot make one’s way.
The grasses are so thick,
An outstretched hand is lost.
On an autumn mountain,
One sees trees’ leaves:
The yellow leaves,
To take for a keepsake.
Green ones
To leave behind in sorrow.
I hate to do it
For my part, the mountains of autumn”
(Nukata no Okimi)

An irreplaceable spectacle, before the leaves fall and the branches get rid of them.
The wonder that nature offers and the impermanence of life …

Although it was not released until 1903, the first Japanese film was shot in 1899.
“Momijigari” by Shibata Tsunekichi is the first experiment of Engeki jissha eiga (live theatre film): the shooting of a Kabuki show, an ancient theatrical representation born in Japan in the early 17th century.
This kind of theatre strongly contributed to the characterization of Japanese cinema in the first decade and its familiarity with the public decreed its immediate success.