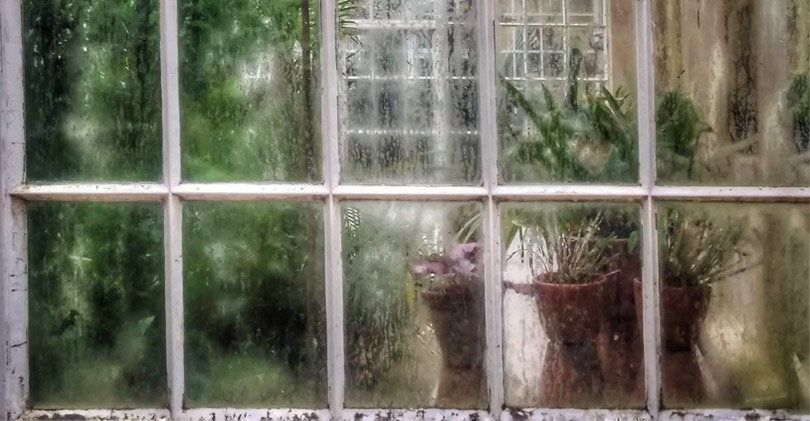 “These plants own my life. I am their willing prisoner, and I often find myself talking to them, nurturing them, and praying for them to bloom”.
(Eric Hansen “Orchid Fever”)

Insanely beautiful, exotic, desirable almost to obsession: the fascinating and hypnotic orchid winks not only at winged and buzzing pollinators, but also to human bipeds, in a pitiless trap.
After the tulip craze, can we now get develop an “orchid fever”?

For winged pollinators the charm of orchids is so irresistible as to distract them from the flesh-and-blood females of their species and force them to experience endless hardships in order to survive the invisible pollen tsunami that invests them. (> “Sensitive nature and the orchid, femme fatale – Episode 1“).
Orchids have a very strong seductive power acting also on human beings, a magical spell igniting an irrepressible and irrational desire, a sort of orchid-mania.

Eric Hansen, a sarcastic writer from San Francisco, outlines the obsession for this species through a kaleidoscopic human carousel ride.
“His stories of smuggling, thefts and shootings in greenhouses”1 outline the world of “orchid people”2, with all their weirdness and follies.
It tells of basements in simple houses, transformed into underground greenhouses with “the temperature, light, air flow, and humidity of a tropical rain forest”3. As in the story of 84-year-old Eleanor Kerrigan, or in that of a collector who had to choose between his orchids and his wife – «”That’s the easiest decision I’ll ever make,” he told her. “You’re out of here, baby!”»4– . And then the raid with attack dogs and automatic weapons in the greenhouse of Bosha Popow, a German collector; another one, who killed his partner in order to avoid an inappropriate fate for their orchids.
He tells us of the rumours about Xavier Garreau de Loubresse spread by other envious collectors.
After working with the legendary French orchid growers Maurice and Marcel Lecoufle, he became a real VIP with his vast collection of extremely rare species.
Rumours said he lived in a Belle Époque apartment in the 16th arrondissement of Paris: «every window and wall of the apartment was covered with fungi because of the humid greenhouse conditions. The rooms were filled with a jungle of rare tropical orchids that covered the floors and tables and hung from the tall ceilings.»5 Illness does this and more.
«Orchids are also the passion of Hiroshi Ikarashi, a reclusive Japanese real estate developer with dozens of commercial properties in the central business district of Kobe. He responded to the devastating earthquake (…), by rushing naked from his demolished home to check the orchids in the greenhouse “Thanks to God,” he told me, “the greenhouse all broken, but plants only knocked on their side. I tell you, I am astonish. But then I begin to wonder: Where my wife in the rubble of our house?”»6

The cause of the disease

What is of the beautiful flower that makes you so crazy? After all, there are so many beautiful and strange plants in the world.

Certainly, one of its stunning features is its zoomorphism and anthropomorphism: monkey orchid, dancer, Mediterranean Orchis italica, which for English botanists is “the Italian orchid”, referring in a decidedly sarcastic way to the small labellum between the “legs” of the flower. The Italians, in response, point out its considerable proportions with respect to the size of the “thighs”. And then the frog orchid, the lizard orchid, and among the Orchys, the duck, dove and fringed orchid: a whole world of miniature animals and men.
The most disturbing feature, however, is its link with female physicality: some have seen sensual tongues, some others “prurient apparitions”, like John Ruskin. Proust compared them to “prostitutes and homosexuals”, while for George Bernard Shaw they were “courtesans”.
Certainly this aspect played a key role in generating its decadent, lustful and malignant fame.

What is certain is that orchids do not attract only because they are objectively beautiful, there is something disturbing and flirty together:
«The people who love orchids love them madly, but the passion for orchids is not necessarily a passion for beauty. Something about the form of an orchid makes it seem almost more like a creature than a flower.»7

The harem greenhouses of the Victorian era

An ancient fever, older than our times.
The reference to sexuality is already in the name – Greek – which means “testicles”, an allusion to the shape of the underground roots. Furthermore the legend connects it to Orchide, a sinuous and masculine hermaphrodite, rejected by his peers for his disturbing sensuality. For this reason, he decided to make a dramatic gesture and jumped off a cliff. From his lifeless body, beautiful flowers were born, which recalled male and female sexuality, resembling reproductive organs and having fertilizing and aphrodisiac properties.
It is no coincidence that Orchis maculata was an aphrodisiac in late medieval Iceland, and long is the tradition of its use in love filters and healing medicines for related dysfunctions.

It was in the 1800s in England that the orchid rose to prominence, becoming the representation of all the forbidden and the latent things of the time, so lascivious, so seductive, but at the same time “the flower of exotic adventure”8. In fact, the object of real conquest missions, it is a trophy to be earned, to the point of causing authentic looting of the places of origin.
Collectors and greenhouse owners organize expeditions «to the tropics, Guatemala, British Guyana, Mexico, Borneo and the Philippines»9. As Mabey tells, exorbitant prices are paid for quality plants. In a rush to flower gold, between envy and intrigues, everything is done to stop other seekers, as far as counterfeiting the maps and distributing the wrong ones to rivals.
The first to bloom on English soil is Bletia purpurea of the Bahamas in 1731.
In 1789, while the chaos of the revolution raged in France, in Kew Gardens fifteen species were blooming, such as the spectacular Cattleya, which owe its name to the “collector of exotic things, Sir William Cattley of Barnet”10.
C. skinneri was instead transported from Costa Rica: the specimen has a diameter of 2 meters and is 182 centimetres high, with over one thousand five hundred flowers. Considered sacred by the local tribe, bargaining to buy it was not easy, but after the long journey across the Atlantic and the arrival in England, it became one of the most loved by the public.
Cattleya labiata vera came from Brazil along with other plants. Sir William planted everything, even the packing materials of the cargo to be sure not to lose the possibility of flowering: as a matter of fact, it actually bloomed in a greenhouse, but all the specimens eventually died and the last one unfortunately burned in a fire.
The only problem being that the place of collection was unknown, Cattleya labiata vera would have disappeared at the same rate as it appeared. But … sometimes the stories of plants and their movements are incredible: it is said, in fact, that seventy years later, in the flower bouquet of a woman participating in an embassy ball in Paris, the beauty was recognized, confirmed by a specialist, who happened to be there, and geolocated.

This orchidelirium was born and raised in a symbolic place of the English Victorian era: the greenhouse. With its protective and at the same time exhibitionist glass, that is the perfect place where the decadent and ambiguous allure of the plant can expand. It is the perfect stage to give shape to the spectacularization of the scientific, botanical and colonial discoveries of the time, a scenario where a mythical and uninterrupted spring is finally achievable.
Glass is the symbolic material of the time:
«It had properties that seemed made specifically for the climate of the time: it could foster curiosity and greed, stimulate ambition and firm conservatism. Glass was able to create both a fence and a window or a showcase, allowing private collection and philanthropic diffusion, dissolving the barriers between capitalist speculation and public experience»11.
It let the light in, but protected from diseases, like a bubble of scenic perfection.

A seductive actress and her stage: let the show begin!