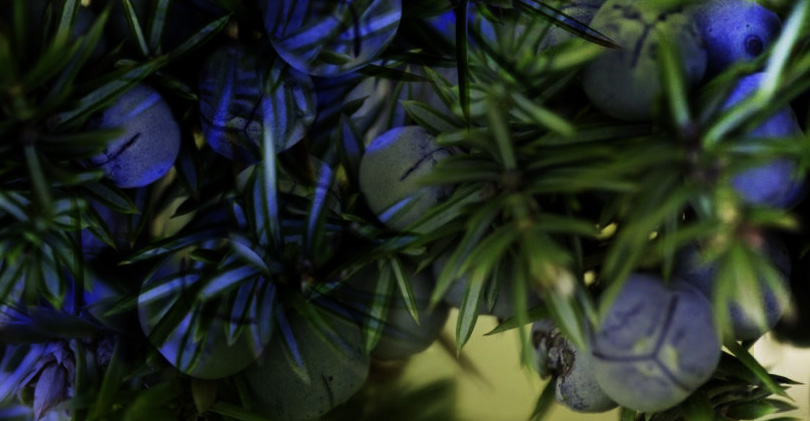 “Fairy tales contain so many terrifying, infamous and lustful passages that they are certainly not soups for children and those we read in childhood are reduced, censored versions of a small part of the fairy tale heritage”1
(Giuseppe Sermonti)

Botany in the folk tale is little mentioned and in many cases not very relevant: the wood is the wood, the garden is the garden, the flower is a generic flower, the tree is the tree.
It is not uniqueness that is interesting, but their being, as Hitchcock would say, a MacGuffin, or the means for the change of the protagonist.
Rarely, in some popular fairy tales, the differentiations of nature appear, which instead take on more shape over time, in those of the author ( discover more > Travelling into a landscape of the author’s fairy tale)
In the 1800s, with Andersen, roses sprout in “The elf of the rose”, willow, buckwheat or oats and blackberries in the fairy tale “Buckwheat”, daisies, nettle, plantain or the thistle in “What the thistle lived”, while with the Brothers Grimm the juniper appears in the terrible and homonymous fairy tale. Even earlier, in the 1600s, in the collection “Lo cunto de li cunti” (The telling of tales) by Basile, there is the myrtle in “La mortella” and “La cerva fatata” (The fairy doe) (the one in which, in the film “Il racconto dei racconti” (The tale of tales) by Garrone, Salma Hayek bites into the heart of the dragon).

Therefore, if botany is not so relevant for the popular fairy tale, it is for the scientist and essayist Giuseppe Sermonti, when it turns into a fairy tale botany, which is the way the narration flourishes and the rediscovery of “vegetal” similarities between some species and aesthetics together with the way of acting of the protagonists.

In his journey through gothic and baroque fairy tales, Sermonti defines the first “metaphysical, astral, arcane”2, stories in which the heroines, like the Angiosperms, never change their clothes, fall into a deep sleep and move in a snowy landscape. In the latter, solar and seasonal like the Gymnosperms, the protagonists are instead very skilled transformers and go from being confined, kidnapped and segregated, to a condition of happiness and freedom (often becoming queens).

The fairy tales of the dark, northern, cold and snowy forest correspond to the Angiosperms.
“The most archaic group, which in past eras had been dominant, is made up of austere, superb plants, above all arboreal, forest, with a Gothic bearing, with pointed, needle-like, lasting foliage.”3
The protagonists are young girls asleep, immobile and intact.
“It is a thorny, untouchable subject, adorable from a distance; it has the slightly acrid scent of someone who never stops wearing his dress. We recognize the type of Snow White, Rosaspina and every sleeping beauty in the woods.“4

The protagonists of Cinderella, Thousandfurs, The Frog Prince, Beauty and the Beast correspond to the Gymnosperms, where the seasons pass and winter arrives, in which the change of clothes is the key reason, where the hero undergoes profound transformations, often in animal: “Winter, which is the equivalent of death and the afterlife, is the underworld, where what has advanced from autumn prosperity, the seed, the bulb, the rhizome, makes its mysterious passage to the Underworld. All the concealments, coverings, burials, infestations to which the hero or heroine of the fairy tale succumb to belong to the winter of the fairy tale. The underground room or the kitchen on the ground floor, the skin of a donkey or frog, are the modest clothes of winter, the underground vegetation allowing the plants to overcome the bad season. The plant life that disappears in winter continues to exist in an occult form, and what the earth hides are the ideas, the first principles, the archetypes of spring rebirths.”5
In the baroque fairy tales the protagonists are, therefore, the bulbs, such as the narcissus, the daylilies, the hyacinth or the deciduous trees that are covered with colour in spring. In constant mutation, in movement, with an iridescent brilliance.
In the gothic ones, on the other hand, deep sleep, patience and waiting for awakening dominate. Among Taxaceae such as yew and redwood tree, Pinaceae with cedars, firs, pines and Cupressaceae such as cypresses and tujas, there is also a shrub with a long history: the juniper.

Known by man since ancient times, it has a long symbolic tradition, developed in different forms from the various folklore traditions in which it is integrated, but in which, more or less always, it has the role of protector.
“Historical records show that junipers date back 10,000 years and might have been the first tree species that grew in the UK after the Ice Age.”6
In Mesopotany mythology it is a sacred plant in Ištar, Syria, in the Greek world, sacred to Artemis, specifically to Artemis Kedreatis, it is called arkeuthos, “capable of repelling an enemy”, so much so that it is the means by which, in the Argonautics, Medea puts the dragon to sleep.

Known in Egyptian medicine and used in funeral rituals, in the Celtic world it seems to be the preferential gateway between the magical world and the human world: “a border plant, the home of fairies, elves, dwarfs and giants, a door to the other world and a refuge for the souls of the dead.”7
It carries in its womb a plethora of symbols that all refer to a central nucleus: the symbolic tree of the Great Mother, axis of the world, bearer of life and death.
“Whatever its vegetative modality is, the tree is the avatar of the Great Mother, a vital essence that generates and nourishes everything, and also a deadly essence that reabsorbs and reduces everything in itself. It goes from heaven to the chthonic world, has a bird on top, a hollow in the trunk and a snake in its roots.” 8
In the tale of the Brothers Grimm, the juniper holds as a substratum all this myriad of symbolic meanings.
As well as “The tree of life is generating mother, hotel and coffin for its own child. It is a plant of refuge and survival”9 in the same way the juniper in the fairy tale is a magical tree, where the little protagonist can be reborn with the semblance of a bird. For Sermonti, “the child torn apart and reassembled under the tree is a little Osiris.” 10

Some Native American legends, which have so much in common with the tradition of the fairy tale, make these berries an important nourishment for people.
The Hopi legend “Màsaw the keeper” makes the juniper the head of the North, one of the four keepers of the new world, called the “Fourth World”.
“It’s not all beautiful and easy like previous ones. It has height and depth, heat and cold, beauty and barrenness: it has everything for you to choose from. What you choose will determine if this time you can carry out the plan of creation on it or whether it, in time, must be destroyed too.”11

In another Navajo legend, the twin sons of the “changing woman” decide to leave to meet their father, the Sun. Facing and succeeding in numerous tests, they are given by him the zigzag lightning and weapons with flint armour .It is precisely these magical objects, like the most classic enchanted means of fairy tales, that allow them to win, by taking the scalp, the huge, frightening and monstrous giant Ye’iitsoh who, since the beginning of time, has spent time killing and eating. the men.
After the fight, mephitic miasma are released from the conquered body of the giant, weakening the two heroes, who, in order to survive and recover, find juniper berries, the magical protector.