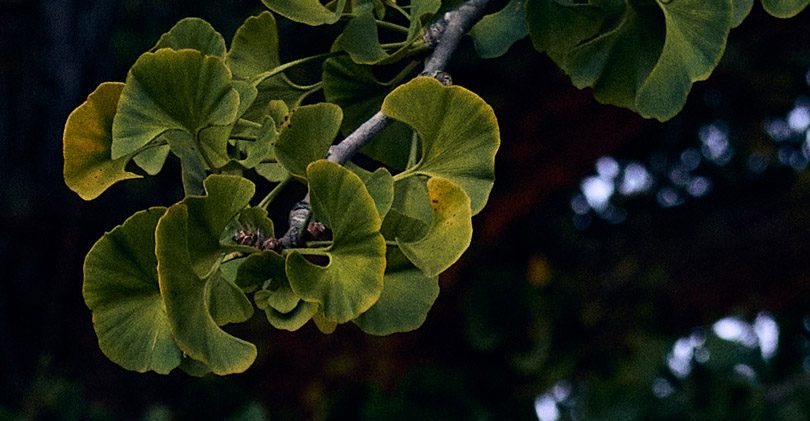 From today’s incredible situation in Chernobyl described in Episode 1 to Hiroshima, where the plants have shown incredible resilience and resistance.

Hibakujumoku should not be visited, but met. This is a fundamental point.
If you know who they are, you can’t help respecting them. And probably also loving them.

“Normal looking trees, had it not been for the obvious feeling of respect and, I would say, of affection that they aroused in the people who were there to “meet them”. Two elders (probably husband and wife), sitting on two portable chairs in front of the ginkgo, were having a long conversation with the tree. A boy had quickly hugged it before continuing his walk. Anyone passing by the trees seemed to know them well and many, from children to the elderly, bowed deeply. On each Hibakujumoku, the only feature that distinguished them from the other trees, was a yellow card”1

On each card just three things were written: I am a Hibakujumoku, the species and the distance from the hypocentre.
These are “A-bombed trees”.

The Japanese do not like to call them “survivors”, as the scientist Stefano Mancuso tells in his personal meeting. “Surviving” implies a judgment of value for those who have not made it, “suffering” or “being exposed” is another thing.
Sometimes protected by the trunk or the depth of their roots, these plants survived the A-bombing without even too much damage.
Mancuso meets first a ginkgo at 1130 metres from the hypocentre, then a camphor tree at 1120 metres, a Kurogane holly at 910 metres, a peony at 890 metres.
Here, he tells, at the impact of the bomb with the ground the temperature reached 4000°C and probably 6000°C.
Finally a weeping willow, grown back from its roots. We are at 370 metres from the hypocentre.
Not far away, there is the sadly famous shadow of Mitsuno Ochi etched in stone.

Despite the statements of scientists at the time, shoots appeared as early as the following spring.
One month after the bomb, in September 1945, the Canna indica flourished.
In the spring of 1946 the cherry tree flourished, while in September 1946, a year later, the oleander, the city’s official plant, bloomed among the rubble.

Just to spread these examples of resilience, Green Legacy Hiroshima was born, an initiative aiming at safeguarding and spreading the seeds and buds of Hibakujumoku in the whole world.
Applications for seeds are welcome, as long as the applicants demonstrate knowledge of botany; an immediate and long- term project to take care of the seeds and trees, and a clear symbol behind this initiative.
In Italy they are already present in some specific sites.