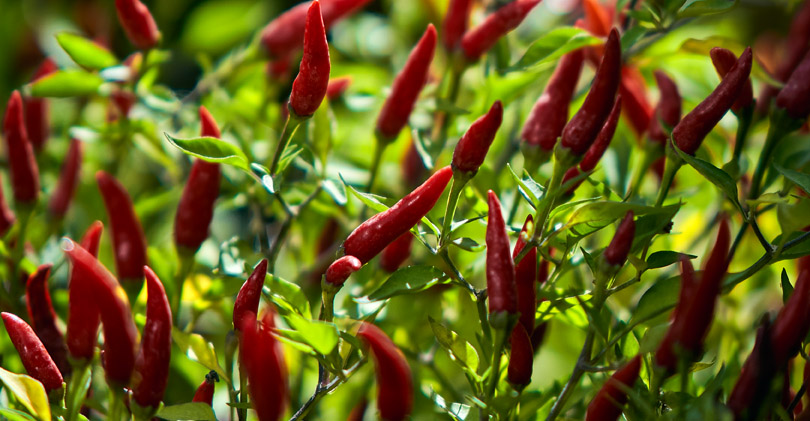 “The first story about Adam and Eve consists of a dinner followed by sex. Since then, this combination has always aroused the interest of writers. According to some research, 98 percent of  the seduction stories in literature are preceded by a dinner.”
(Stewart Lee Allen)

The act of eating and that of seducing can be considered a different side of the same coin; the boundaries of one fade into the other, especially when helping the overlap is the main course which, with the reputation of aphrodisiac and sacredness, is the sexual food par excellence.

Whether it was first for the Olmecs or for the Mayans we don’t know, but it is certain that chocolate was a real carnal love for the people of Central America.
Cocoa beans were used as a means of exchange and, as in the case of all coins, there were also those who counterfeited them: archaeologists discovered hiding places where perfect ceramic reproductions had been placed. They only noticed it because they broke some of them by accident.

Warm and cold, colourful, flavoured and perfumed
“There were some excellent green-blue chocolates, called tlaquetzalli. There were red chocolates flavoured with anchiote, pink chocolates, orange ones, black and white chocolates. Many were flavoured with wild honey or blue-vanilla or “mad with flowers”. There was also an alcoholic drink made with the sweet pulp surrounding the pod. (…) Back then, chocolate was a drink, served hot, honey-thick and redolent of hot chili peppers.”1

The most famous, almost on a par with tlaquetzalli, which means “precious thing”, was that of the Aztec nobility: in the most sacred version it was covered with a thick foam, on which a fragrant mystery still hovers. It likely came from a cocoa bean buried for six months which, after turning chalk white and a long manufacturing process, was beaten like the egg whipped and combined with a hot drink made from corn.
It was clearly a luxury reserved for the ruling class, enjoyed at the end of dinner with tobacco. The only time it left the élite was when it was offered in rituals.
“In fact, victims of human sacrifices were given a glass of itzpacalatl, a drink made of chocolate and human blood, before the priest tore their still beating heart away. It seems that the drink had a sedative effect on the victims, but its consumption also had a symbolic meaning, since the Aztecs believed that the cocoa bean represented the human heart, and its juice the blood.”2

But that is not all!
Considered a powerful aphrodisiac, chocolate was a taboo for women and priests. It is said that the emperor Moctezuma “drank fifty glasses a day, and a special blend before facing his army of wives.”3
From an aphrodisiac point of view, a real “cure-all” was considered the meeting between cocoa and chili pepper, also a highly appreciated stimulant and mentioned in an Indian study on eroticism of the fifteenth century as a marvellous spreadable aid for women or in whose juice African women are said to have bathed.
The recipes are only hypothesized, apart from the one that came to us from Thomas Gage, an adventurous 17th century traveller.
“Put into it black pepper which is not well approved of by the physicians because it is so hot and dry, but only for one who hath a cold liver, but commonly instead of this pepper, they put into it a long red pepper called chile which, though it be hot in the mouth, yet is cool and moist in operation. It is further compounded with white Sugar, Cinnamon, Clove, Anise seed, Almonds, Hazelnuts, Orejuela [anona], Vanilla, Sapoyall [mamey], Orange flower water, some Muske, and as much of these may be applied to such a quanitie of Cacao, the several dispositions of Achiotte, as it will make it look the colour of a red brick.”4

Conquering the world (and the king’s bed)

However, cocoa and chocolate, with or without chilli, with or without the strangest spices, arrived also in Europe thanks to the conquistadores, who had it served by their wives and concubines in what was then considered the classic version, that is hot with the addition of brown sugar.
The arrival of the “dark beauty” at the gates of Europe created interesting short circuits.
While Linnaeus called it theobroma, “divine food”, at the same time it fully entered the fleshly temptations of the table.

In the Mayan highlands of Chiapas, two cloisters of Dominican nuns had become famous not for their charity, but rather for their ability to prepare chocolate, while the European ladies, who moved to Guatemala, drank a cup during Mass , probably in place of the Eucharist. The local bishop who tried to condemn the behaviour, describing it as scandalous and witchcraft, ended up poisoned by the hand of a killer madam driven by the desire to liberalize the drink and certainly supported by the other noblewomen.
While part of the Church tried to repress its consumption, the Franciscans traded it with Spain in an operation with an important economic return and advertised in all forms: from allowing it during Lent to commissioning paintings depicting angels offering cups of chocolate to penitents.

With Maria Theresa of Austria, who came from the Spanish nobility, the black drink was presented to the French court: first welcomed with whistles, then limited by the ban on drinking it in public for matters of morals and good behaviour, finally a must at court.
It still suffered moments of isolation, refused for some time – it was said that women who drank it would have coal-coloured children, – but when it came back on stage it did it with fireworks, as Louis XV
“imposed on his lover, Madame de Pompadour, a diet based on truffle veloutée and hot chocolate, to ‘awaken’ her love appetites”.5
Unfortunately, the diet was not successful. Fattened, demoted to the role of “adviser to the sovereign”, a sort of talent scout for promising lovers of the king, she brought on stage the “divine princess of courtesans, harlot/dominatrix, Madame du Barry“.6
Social climber par excellence, the former courtesan had a foolproof trick to get so quickly into the graces of the sovereign: the chocolate! The uses were various, the foreseeable consequences and Madame’s years of experience did the rest.

To the peasants beer, to the busy middle class coffee and tea and to the aristocrats chocolate, status symbol of a social class and of its pleasant, lascivious and soft seduction.