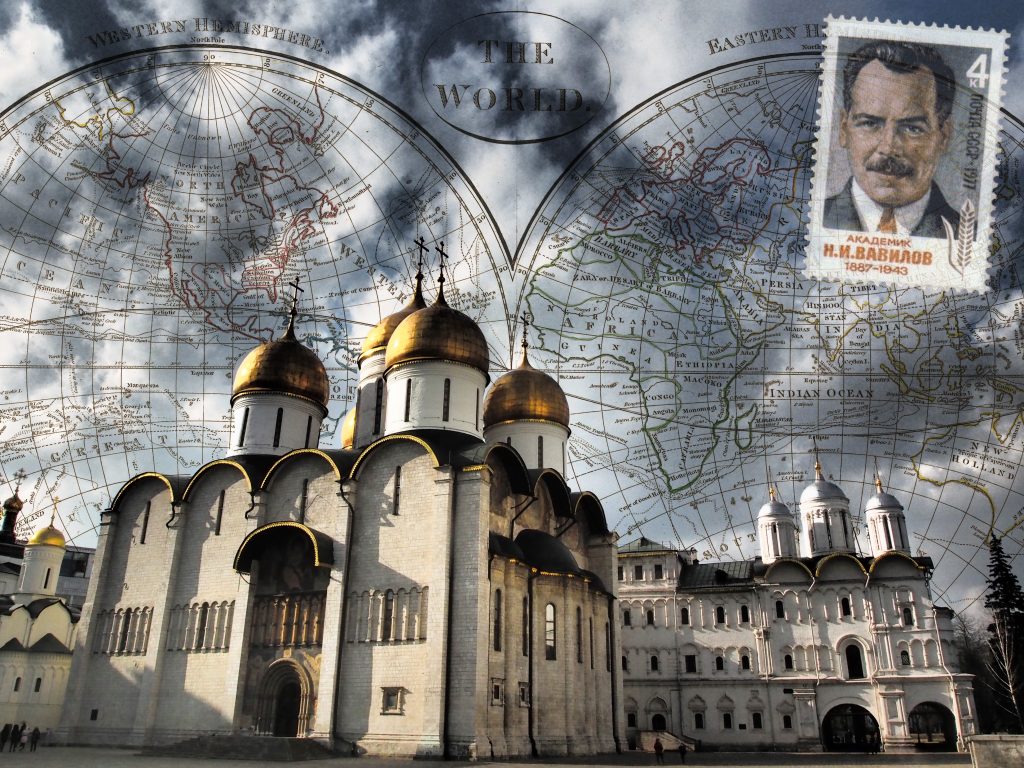 Nikolai Ivanovich Vavilov was a Russian agronomist and great traveller whose history is almost unknown.

First half of the twentieth century.
After countless expeditions around the world and more than 250,000 samples of botanical species collected, Vavilov discovered the existence of as many as seven Centres of origin.

What is a Centre of origin?

Centres of origin are regions in which certain cultivated plants have been domesticated for the first time in history. These places featuring a very high biodiversity are real treasure chests of genetic knowledge and over the centuries have proved to be of great value for the survival of the human species.

“The more we know about the genetic variability of a species, the easier we can find the right combination of genes to be used in the improvement of cultivated plants, which is essential for making crops more suitable for the changing environment and appropriate for feeding humanity”.

From its first exploration in 1916 in Persia, in twenty years he reached all the continents and identified the different centres of origin of the most important plants for world food.

These expeditions around the world aimed at deeply transforming agriculture. As a matter of fact he proposed to use all the various morpho-physiological characteristics of the plants, modified by man, and their ancestors, exploiting both the work of the numerous generations of farmers and the gifts of nature.

From Iran to Turkey, he went on a difficult expedition to Afghanistan, during which he reached the remote region of Nuristàn, never visited by a geographer and presenting vegetable varieties hitherto unknown.
He went as far as the shores of the Mediterranean, to Palestine and Syria, where he met some guerrillas who, after listening to the reason for his trip, helped him with the collection of some varieties of seeds. And then to Africa, China, Japan and Korea. In the United States he collected some plant species in Florida, Texas and in the Indian reserves. From Arizona he moved to Mexico, then to Guatemala, to Central and South America.

Southeast Asia and India gave us rice, sugar cane, coconut, cucumber and aubergine.
China is the area of origin of soybeans, while from the Turkish-Iranian area come barley, oats and figs. The Mediterranean has given us olive tree, cabbage and almonds. From the Andean area, from Brazil and from Paraguay come pepper, potatoes and coffee. From Ethiopia we took sorghum, from Central Asia, wheat, and from Central America corn and tomatoes.

The ephemeral prestige and decline

Thanks to his innovative and almost revolutionary work, in the early years of the Soviet regime in Russia, Vavilov became a scientist of international standing. But then…
The rise of Stalin and the transformation of the country into a totalitarian state marked his decline: his work was condemned as it was inspired by Mendel’s genetic theories, considered by the regime to be too visionary and bourgeois. After being deprived of all his academic posts, he was arrested and died during his imprisonment.

The test of time on his observations

His observations and his findings on the geographical distribution of the original seeds have stood the test of time. They are considered fundamental for the development of knowledge and still today are followed by the scientific community for the interpretation of the complex co-evolutionary phenomena occurring within agro-food systems all over the world.
With his botanical, genetic and agronomic interpretation, he explained the intertwining of genetic characteristics of a plant and its geographical origins, subsequent evolution and agronomic potential.