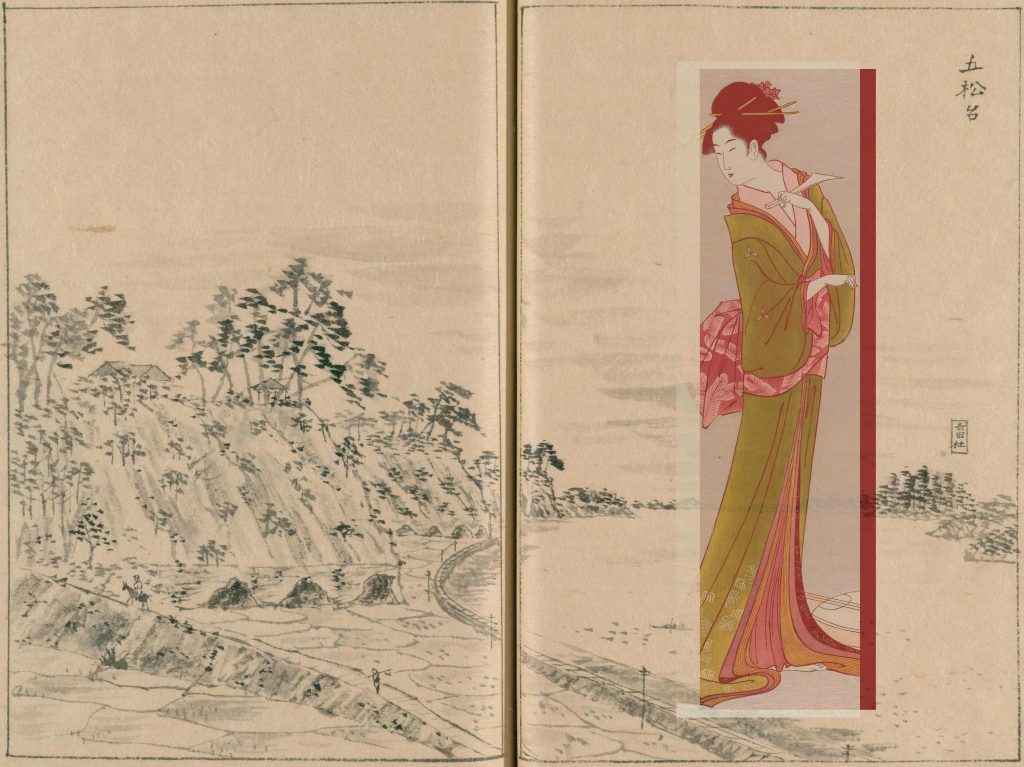 “Contemplating the natural spectacles of the moon, the snow, the cherry blossoms and maple leaves, the taste of singing songs, drinking sake and taking pleasure only in floating along the current of the river as a dried pumpkin shell.”
(Asai Ryōi)

The essence of our philosophy, in which nature is a lifestyle, is inspired by the vision of the relationship between man and nature of the Japanese culture where, in contrast to the Western one, the human being is not superior to nature, but is part of it, one with it.

A vision that has shaped a culture where the aesthetic dimension plays an essential role: nature is the inspiration of all arts, it is a source of beauty and spiritual improvement. From calligraphy to poetry, from theater to graphics, from painting to architecture, from sculpture to the aesthetics of gardens, from the tea ceremony to the martial arts, up to music.

A respect that became ritual in which, for centuries, an entire people has been seduced: in autumn, when the maples attract millions of men and women among their leaves (see> Sensitive nature and the seduction of maple) or in spring, when all the Rising Sun, from Kyūshū to Hokkaidō, meet under the cherry trees in bloom.
A deep bond with nature and its changing, its flowing, told by ancient traditions, and which continues and renews itself with the birth of new occasions: from the national holiday where new trees are planted to the one in honour of the sea and the water.
And again … when the pleasure of listening and the meditative power of the sounds of the landscape are so precious as to urge the government to carry out a project for their conservation and diffusion, identifying the hundred sound landscapes that are the symbol of Japanese cultural identity.

The seduction of nature

A complete and uninterrupted admiration that has nourished an intense relationship in which the Japanese people let themselves be enveloped, guided, inspired by the natural world.
So … let’s call it by its name, this is seduction. That powerful spell capable of shaping thoughts and transporting along unusual paths, magically creating links between living beings, ideas and cultures far apart, as history tells …

… a story taking shape in Japan between the late 18th and early 19th century.

It is iki, a lifestyle, an aesthetic concept, a particular elegance born in the entertainment and pleasure districts of Edo. Expression of simplicity and spontaneity, erotism and originality, intelligence.

There is no iki without seduction

The essence of this philosophy is the art of seduction which, unlike in the West, does not aim at “possessing the other”, but is tension, approaching the object of desire until renouncing the conquest thanks to spiritual strength. Before the seductive game and the magic vanish.

Iki in the woman, in the senses, in the arts

Iki is aesthetic and intellectual pleasure.

It is in the elegance of the woman, of the geisha, who follows new models, who abandons the ideal of the childish face with the spring tones of the cherry blossoms, to embrace the darker and more elegant red of the maple leaves.

It is in the sensual but not mushy voice.

“It is in the flavour that delicately sweetens the palate with sour and sweetly reﬁned scents. It seduces the sense of smell with bramble scents, but also of Lespedeza, camellia, sake and with the citrus scent of the yuzu. It stimulates the touch through the inflorescences of sanshō and the texture of wasabi, while it is visually expressed in the chromatic ranges of gray, brown and blue […], in which the sumptuousness of what is somber reveals itself, that is the fascination of things worn and weathered.
It is iki the bare foot on the snow, […] the silhouette of the one who wears a simple cotton robe after leaving the bath water and then the pattern of light silk dresses in direct contact with the skin (recurrent subject of the ukiyo-e painting)”.

It is in the expression of all the arts: from Kiyonaga’s prints, in which the slender-hipped bodies are in a slightly inclined position, to the care dedicated to the face and hand in Utamaro’s prints.
It permeates sculpture, poetry and design, architecture and music, translating the essence of a culture and the authentic meaning of beauty and seduction.

A story of seduction

From the second half of the 19th century the iki aesthetic, its artistic expressions, the fluctuating world of pleasure have overwhelmed the world from Europe to the United States.
A cultural revolution that strikes the West, for which the Far East, still mysterious, is an ancient object of fantasies, dreamed like everything that is unknown.
It exerts great appeal over artists, poets and writers and is the result of an important change in Japan itself, which, by opening its borders, chooses to seduce and be seduced.

France is the first western country to be struck by the enchantment for the art and culture of the Rising Sun and by the aesthetic model of the iki woman, who seduces without showing off, just suggesting and hinting.
Many artists like Degas, Manet, Bonnard, Duchamp are literally captivated by the study of the movement of the feminine body, elegant, sinuous and oscillating. Conquered by the idea of portraying their daily actions, so natural for the East, but so transgressive for the West.
From America, on the other hand, artists such as James McNeill Whistler and Mary Cassatt try to grasp and express in gestures, looks, expressions the inwardness of the iki woman, apparently fragile, but who actually has a great strength of spirit.

So the story tells of an encounter in which seduction itself is seducing, thus becoming a form of communication that reduces distances.