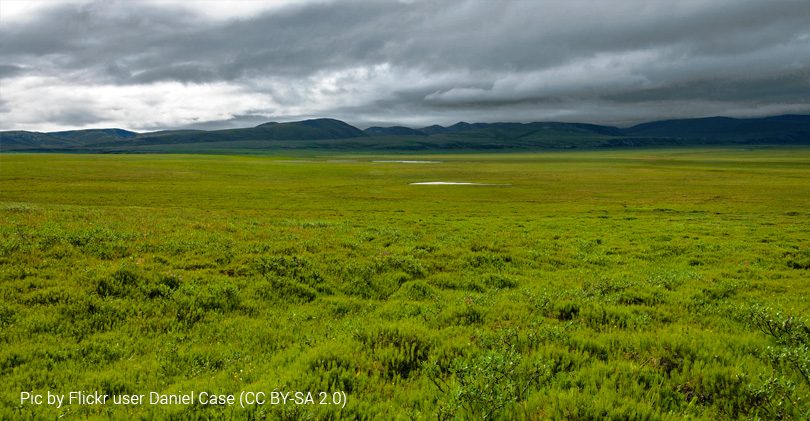 We are Gardenlovers and the passion for Nature is in our DNA.
So we cannot and above all do not want to ignore the effects that climate change has on vegetation.
A change that not only makes many areas more arid, resulting in serious difficulties for the plant growth, but, paradoxically, also in an abnormal increase in their height.

According to a research involving 130 scientists, in fact, native plants in the Arctic tundra are growing in stature.
The landscape, which is home to hundreds of species of low-lying shrubs, grasses and other plants that play a critical role in carbon cycling and energy balance, is changing.

“Quantifying the link between environment and plant traits is critical to understanding the consequences of climate change, but such research has rarely extended into the Northern hemisphere, home to the planet’s coldest tundra ecosystems. This is the first time that a biome-scale study has been carried out to get to the root of the critical role that plants play in this rapidly warming part of the planet”.

In addition to an increase in plant height, the researchers also noted that some species in the northern area are moving to more southern areas, as in the case of the sweet vernal grass (Anthoxanthum odoratum), which has now moved in to sites in Iceland and Sweden.

The permafrost lying under the northern latitudes contains 30 to 50 percent of the world’s soil carbon: taller plants trap more snow, which insulates the underlying soil and prevents it from freezing as quickly in winter. An increase in taller plants could speed up the thawing of this frozen carbon bank, and lead to an increase in the release of greenhouse gases.

The study was conducted, among others, by Isla Myers-Smith of the School of Geosciences of the University of Edinburgh and Anne Bjorkman of the Senckenberg Research Centre on Biodiversity and Climate (BiK-F) in Frankfurt. According to these researchers, the rapid changes which are caused substantially by global warming will have important consequences for how this vast and sensitive ecosystem functions.