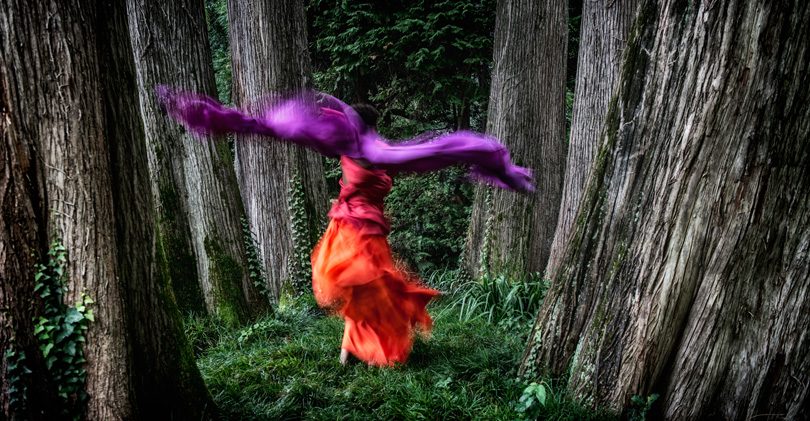 Ph. by Luigi Fieni. In the magic circle

We already told about ancient trees with a more or less powerful appearance (see > Sensitive nature and Old Tjikko and Sensitive nature and the song of the Giants of America), but we never encountered the great patriarchs of a species inhabiting Villa Erba. Several specimens populate the park, but the group in the large meadow in front of Villa Antica is a “story in itself”.

They are the cypresses of the marshes. They are six and form a “magic circle”, a nest where you can lie down and “listen” to the vital energy released by these live organisms, both imposing and light. It is a source of inspiration for artists and landscape architects, a place where, for years, during Orticolario, installations and gardens have come to life.

Among the oldest species of wetlands in the world

USA, North Carolina, 2017. Specimens of over 2000 years are found, and one in particular, 2,624 years old, born when the city of Rome had not even reached two centuries of life and while King Nebuchadnezzar created the Hanging Gardens of Babylon.

The giants populate the great reserve of “The Nature Conservancy” along the Black River.
They have been studied for two years, being an unusual presence along the whole river, since, through deforestation and water pollution, less than 1% of virgin forests of this species survived until today.

What their rings tell

They were important witnesses of prolonged periods of drought and floods during the colonial and pre-colonial era, exceeding exponentially the extent of similar events in modern times.
Wonder if among all these trees there are others even more ancient, considering that only a small part of the vast area has been studied so far.
Maybe researchers will find a contemporary of the mythical “Senator”.
Among the five oldest trees in the world and from the top of its (almost) 55 metres, the ‘Senator’ has reigned undisturbed for 3500 years in the “Big Tree Park” of Longwood, Florida, before disappearing into the flames of an absurd fire in January 2012.

A story of trees and men

The great patriarchs are silent witnesses to these events. Their stories intertwine with those of men, often indissolubly. The bond between the bald cypresses of Florida and the Seminole tribe is very close.
After the stories of conquests following one another over the centuries, in 1819 the United States bought Florida from Spain and started a war against the natives. At the end of the conflict, the Seminoles were exiled in what is now Oklahoma, but 300 of them hid and found refuge in the swamps of the “Big Cypress Swamp” and the nearby “Everglades”.
A vast area that in the 1900s was half destroyed by the development of cities and farms, while the continuing threat of invasive trees loomed over the remaining area.

But for the Seminole this is a precious land that welcomed and saved them. Thus, after a century, precisely since 2006, thanks to the prosperity they reached, the natives have been finally able to thank this place and begin the project of saving an area that was never developed, because it was unsuitable for agriculture. “We will be able to bring back many animals and restore the aspect of the landscape of the past,“ says Brian Zepeda, director of the Florida Seminole Tourism. “Once upon a time the bald cypresses were so large and thick that they formed a natural fortress”.

In the “Big Cypress Reservation” the deer run along the edge of the woods and the last panthers of Florida survive. Like the wild bitter oranges introduced by the Spaniards, whose wood is burnt by the tribe for its sweet scent.
And the bald cypresses thank you …