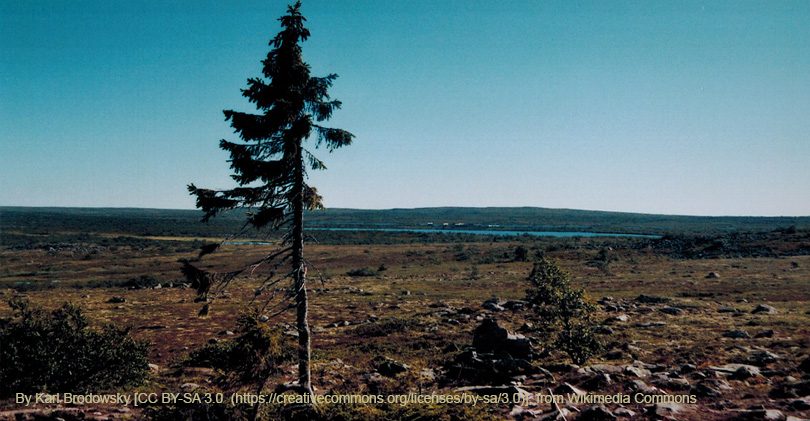 Its appearance could be improved, hugeness is certainly not its main feature, yet this is probably the oldest tree in the world: a specimen of spruce living in the Fulufjället National Park, in Sweden. Its name is “Old Tjikko”, like the dog of Leif Kullman, the geologist who discovered it.

The undisputed oldest tree on Earth

The carbon dating of its roots revealed an incredible age: 9,560 years.
Its story began when man was still learning to plough, and only 2,000 years after “Old Tjikko” had put down its first roots, our ancestors had learned how to melt copper. He accompanied the whole history of civilization and may have spent millennia as a bush, before the weather warmed up and let it grow and become today’s thin fir.

The incredible longevity of this plant derives from its intricate root system and its ability to clone itself.
When Leif Kullman discovered it in 2004, scientists immediately had the feeling that “Old Tjikko” belonged to an ancient clonal organism; the carbon dating revealing its true age proved they were right. When the trunk (which can live up to max. 600 years) dies, another one emerges from the same root system, thus allowing the plant to regenerate itself continuously.