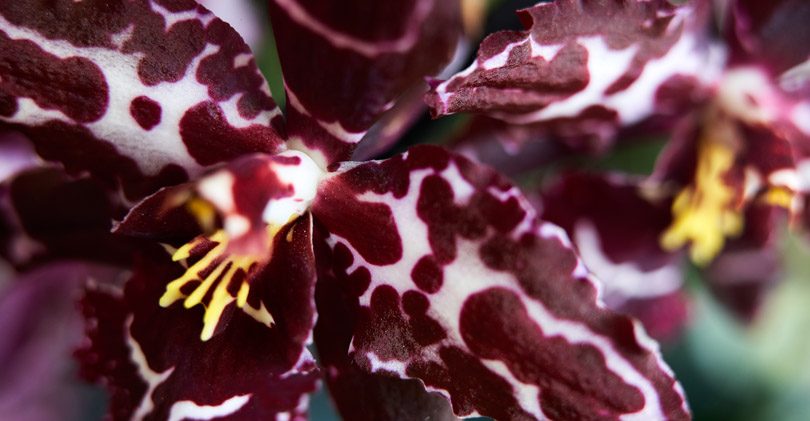 “When we reached the crest and looked backwards, a glorious view was presented. The atmosphere so resplendently clear, the sky an intense blue, the profound valleys, the wild broken forms, the heaps of ruins  piled up during the lapse of ages, the bright coloured rocks, contrasted with the quiet mountains of snow, together created a scene I never could have imagined”.
(Charles Darwin)

Charles Darwin and his journey in the vegetable kingdom

On his journey around the world aboard the brigantine Beagle, Darwin carefully observes not only the animal species, but also the vegetation: he collects flowering plants, analyzes wild vegetables, fossil leaves, fruit trees; in just three weeks he studies and describes a quarter of the vast flora of the Galápagos islands. He explores the Keeling archipelago, Patagonia, Tierra del Fuego, New Zealand, Australia and Southern Africa.
Among his many studies and reflections on the vegetable kingdom, he devotes particular interest also to the struggle for existence of the plants and describes the mutual dependence between the living and the ability to leave an offspring, giving some examples: a plant on the edge of the desert struggling against the drought, one tree against another for the distribution of its seeds, mistletoe against other fruit-bearing plants so that the birds disseminate the ground with its seeds, ……

“On the various contrivances by which British and foreign orchids are fertilised by insects and on the good effects of intercrossing” (1862) is one of the numerous writings that gave birth to his long botanical experimentation dedicated to a fundamental aspect of Darwinian theory: reproduction.

Analysing orchids, he understands that the flower has male and female organs together that avoid self-fertilization and tend to meet with the organs of other flowers. Their forms are admirable contrivances, functional to pollination and crossbreeding with the different. He writes “Without almost exaggerating, we can say that here nature warns us in the most evident way, that it has horror for perpetual self-fertilization”: a remarkable discovery, considering that until then it was believed that the common mode of reproduction of flowering plants was self-pollination. Furthermore, the crossing with the other explains the floral diversity, which is also the result of co-adaptations and co-evolutions between flowers, pollinators and the environment.

Paradigmatic of this coadaptation is Xanthopan morganii praedicta, a butterfly with a long proboscis, of which Darwin predicts the existence, observing the long nectar of the Angraecum sesquipedale, commonly called comet orchids.

Looking at the flowers, Darwin writes: “In several flowers sent me by Mr. Bateman, I found the nectaries eleven and a half inches long, with only the lower inch and a half filled with very sweet nectar” […] however, it is surprising that an insect is capable of reaching nectar: our English sphinxes have probosces as long as their bodies; but in Madagascar there must be moths with probosces capable of extension to a length of between 10 and 11 inches!”.
And then he adds: “Pollen would have no way to get out except with the intervention of a huge moth, with an extraordinarily long proboscis. If these large moths disappeared in Madagascar, the Angraecum would certainly become extinct in turn.”

Nobody in the world had ever seen an insect with these characteristics and for this reason the prediction was strongly opposed by the scientific community for 40 years. It is 1903 when in their book “A revision of the Lepidoptera family sphingidae” on the new species of moths discovered, the entomologists L. W. Rothschild and H. E. Jordan confirm the existence of the butterfly, describing it, for the first time ever, as a species never observed before.

The comet orchid and the butterfly that sucks its nectar

Other publications and important botanical discoveries will follow, such as “The effects of cross and self fertilisation in the vegetable kingdom” (1876), with which the naturalist realizes the fundamental complement to the writing on the fertilization of orchids, illustrating the positive results of the crossed one and the analysis on other flowering plants.

With his phytological investigations, Darwin makes numerous discoveries, giving rise, at the same time, to evolutionary botany. By observing the life of plants, and therefore not only by studying the animal kingdom, he identifies the main elements of the theory of common descent: variation, the struggle for existence, natural selection. The discovery of the multiple affinities among plants and the other living beings confirms the thesis of a bond that unites, while distinguishing, all forms of life: co-belonging

A passion for orchids

And the passion for orchids? It spreads also thanks to Darwin’s research and discoveries, with the consequent outbreak of wars between commercial companies.
The particular charm and beauty make it a symbol of refinement and elegance, but above all of love, passion and sensuality.