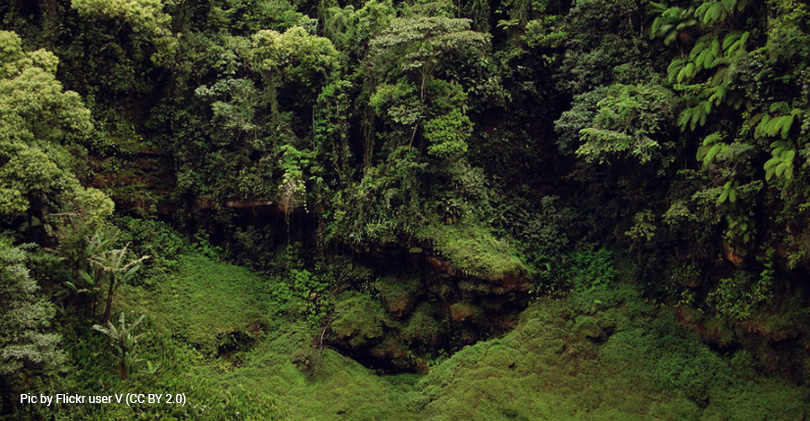 Every year, among the thousands of new plant and animal species discovered in the world, the risk of extinction is always very high before the discovery itself or at the time it occurs.
Exploration and research are therefore essential for protection and recovery of biodiversity on Earth: as biomimetics teaches, every species can contribute to the improvement of life (> Sensitive nature and biomimetics)

Among the most particular plant species discovered in the past year

Victoria boliviana, the largest giant water lily in the world

A huge aquatic plant with leaves over 3 m in diameter.
Classified by the scientific community as a “vulnerable” species, it can only survive extinction through important and constant conservation and research work.

Although it was made official in 2022, its discovery dates back to 1997, thanks to the Ukrainian naturalist explorer Ruslan Mishustin – Kherson State University, during a visit to Turkey.
After collecting the seed of the unknown bulbous plant and cultivating it for 4 years, he discovers that the plant belongs to the “winter narcissus” genus.

A unique species, whose name, after years of research on leaves and seeds, is now dedicated to Mishustin.
Its small, sulphur-yellow flowers bloom between October and November. Fewer than 300 specimens: they all live in the same place, which is kept secret to ensure their survival.

Tree of the rainforests of Honduras and Nicaragua, with winged fruits and the name dedicated to the environmentalist Berta Cáceres Flores (1871-2016) for her courage and perseverance in opposing the destruction of natural habitats and the loss of indigenous lands in Honduras.

It reaches a height of 15 m and has star-shaped flowers that grow directly from the main trunk.

One of the survivors of the Mata Atlântica (Atlantic Forest) of Brazil, of which only 7% of the original surface remains and which was cut down to make room for the cultivation of corn, soybeans, cotton, cereals and for cattle breeding.

It grows up to 27 m, its bright yellow-orange fruits have a unique flavour, between black cherry and eucalyptus.
It is on the critically endangered plants list, but we hope that conservation projects and research to discover more specimens will change its destiny.