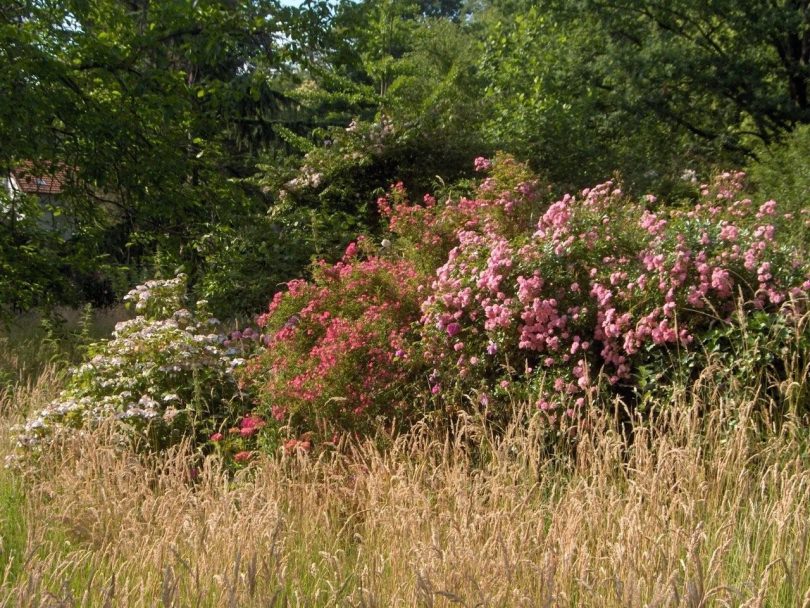 We didn’t care too much about the garden. The number of books, the TV broadcast or events about garden prove it. The plants growing has risen in the recent years. Cities shape to new  “green areas”. Paradoxically, the garden has been on sidelines. It’s often lived only as a place where you can have good time, as a ecological area, at best.
The garden was born with the civilization. It is deeply connected with the man. During the centuries, it has been shaped philosophical, political, aesthetic ideals. It is a lab where you can experience new ways to live our Earth.
What are we asking for it? What can it offer to us?
Gilles Clément speaks of  “jardins de résistance”. It is true: the garden truly has become an alternative choose to the predominant model of society and economy. It is able to embody all our society has left behind: the centrality of the beauty, the poetry, the simple bliss to be in the world, to find again a place in the Cosmos.

A preview of the movie “Gilles Clément, le jardin en mouvement” by Olivier Comte will open the event
The movie will be projected every day in “Cinesalotto“.

Gilles Clément is a gardener, , landscape writer, botanist and entomologist. His creative energy and hard work have cultivated (and continually does) the minds of thousands of people all over the world.
After graduating as an agricultural engineer (1967) and as a landscape designer (1969), he devoted himself to the creation of parks, public gardens and private spaces, teaching at the École Nationale Supérieure de Paysage in Versailles. He pursued theoretical and practical work in three areas of research:
The Garden in Motion, – a theory originated from his gardening experience in Creuse, applied to public space both in France and abroad since 1983. The first French publication on this topic dates back to 1991.
The first realization in public space took place in 1986, in Parc André-Citroën in Paris.
The Planetary Garden, – a political project of humanistic ecology, a concept initially brought to the public’s attention thanks to Thomas et le Voyageur novel (1996). Then it spread out in the large exhibition at La Grande Halle de la Villette (1999) as well as in numerous studies including: The Planetary Garden of Shanghai, Sketch map of Lac de Vassivière in Limousin and The Planetary Garden, Colloquium in Chateauvallon.
The Third Landscape, – a concept developed experiencing a landscape in Limousin, defined as “an undetermined fragment of the Planetary Garden”. This definition covers all the left behind (délaissé) urban or rural sites, considering the Third Landscape forms a privileged area of receptivity to biological diversity