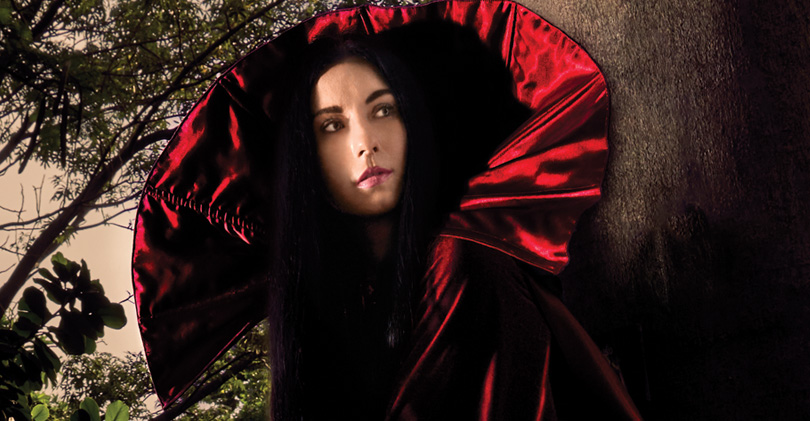 from September 29th to October 2nd

“Giving up on our fantasies would be giving up on our contact with the world”
(from “The World Viewed: Reflections on the Ontology of Film” by Stanley Cavell)

A funny and playful storyteller. He is a funplayteller, the bard who tells leftover pieces of fairy tales, chunks of pure, uncontaminated, imaginary nourishment.

The Fairy tale is the theme

Since the dawn of time the fairy tale has walked from one place to another, living in narration and listening, travelling from memory to memory and from mouth to mouth.
It tells the soul of people, the flow of existence and of its truths, being however at the same time the territory of the marvellous, where anything can happen.
In the initiatory journey of the fairy tale, the landscape is the scene of events and the creator of metamorphosis, a space where nature, a portal towards the supernatural, tells of its ancient relationship with man.
From the most archaic to the future ones, from the forest to the garden, along ancestral and symbolic paths, fairy tales are the mirror reflecting the deepest part of each of us.

Bamboo is the plant

When you enter the world of bamboos, you find yourselves between forty centimetres tall dwarfs and giants reaching forty metres. In Asia, Europe, America and Africa, their people live from sea level to mountain and grow with incredible speed.
From an ancient mystery guarded in flowering, to false myths and truths, new and old stories echo among the bamboo leaves and canes.

What happens among the bamboo collections in the Park

Project by Lorenzo Bar | Furnishings and accessories by Ethimo

Wandering among the thoughts of the paesologist Franco Arminio…
“Every day we should be doing a new thing and an old thing. (…) Two things that make the future”.
We should open up to the unexpected, to the imagination, to make even a small gesture deviating from normality.
This is possible everywhere in the landscape and at Orticolario it is recommended.
Have you ever sat among the bamboos?
Maybe on the ground, like dwarfs between soft cushions, or on very high chairs to pop up like giants above their hair.
All this while stealing from time the slowness that you never dedicate to yourself.

Until June: Monday appointment with “Sensitive nature” and “Travelling into a landscape” about the Fairy tale and the Bamboo, a magical herb that sometimes inhabits the legends of Thursdays.
> Enjoy the reading