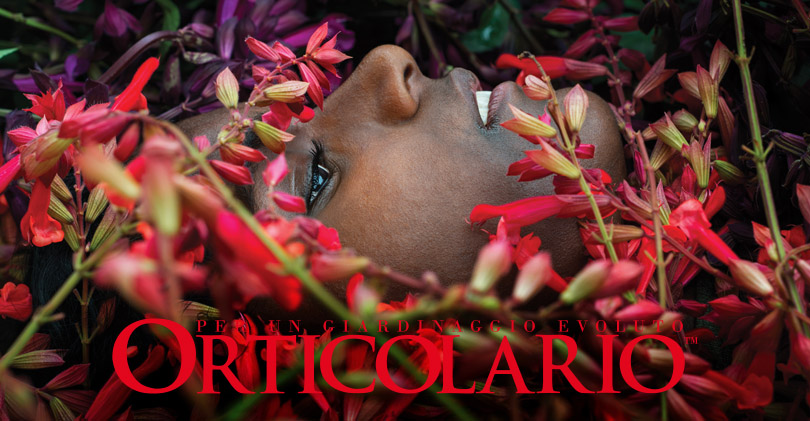 “Luchino and Edoardo liked to scare the tourists who sailed past the Villa on the boats. After undressing, the two boys rolled into talcum powder or flour, removed the statues of the park from their pedestals and jumped on these, remaining motionless in statuesque poses. Just when the boat was closest to the villa, they dived into the water and terrorized the passengers.”
(“Luchino Visconti. The flames of passion” by Laurence Schifano)

How could we celebrate the tenth edition?
Playing in the garden with irony, surprise and amazement, illusion and vision, discovery, fun, experimentation, rule and freedom, fantasy, ingenuity, paradox and reality, sharing, otium, art and joke. The garden is “born out of a game”, to give pure pleasure and to dedicate time to pleasure.

A walk in the greenery theater, a jump from riddles to puns, winking at the labyrinth, the fairy tale, the dance, with a somersault towards magical chessboards.
In short … game is a very serious matter! Players can be totally taken over by this free action that weaves relationships in an “other world”, where rules that are different from those of the real world teach us to experience the reality of places and things, so that we can appreciate, protect and enhance them.

And then … Sage, from the Latin salvus, i.e. safe, and from the Sanskrit sarvas, i.e. I keep intact.
>All sages of Orticolario

In the summer meadows, among the warm mulberries and the garden vegetables, Sage is bound to impress. It unexpectedly appears happy and easygoing among people at Orticolario. A playful presence.
And obviously, Sage saves. That said, how does it save, a Sage?
It saves thanks to Silvia, the heroine of this story. A story taking place in summer, when it is hot and the lizards unhurriedly climb the wall of Villa Erba. Silvia chases them. She also climbs the wall heated by the afternoon sun and goes down into the coolness of the plane trees towards the villa, towards the lake. Slowly, that is how things should be done in the summer. She passes from the plane trees to the meadow, waiting for the shadows of the trees to lengthen and reach the lakeshore. She gets to bathe, a quick dip and then immediately turns back, but this time she runs, paying no attention to the plane trees and taking the shortest route. She runs on the lawn leaving behind Lario’s water drops. Silvia wets the ground and without realizing it, she saves the Sage, which begins to grow. Leaflet after leaflet, stem after stem, extending its ear, flower after flower.

Read more...
Silvia says that in Cernobbio, Luchino brushed his teeth with the fragrant leaves of Sage officinalis. He picked them from the big vase, the Tuscan one. A large plant with large leaves, grown directly by the cook, fertilized with horse dung, directly by the cook, she adds.
Mantero picks a flower and fixes it in his buttonhole. With its blue petals, “Caradonna” Sage reminds him of the sky of Lake Como.
The Giardamanti, the Gardenlovers, love Sage especially fried or as a seasoning for sauces and delicacies.
Landscapers love Sage for its colors and rich blooming.
At Villa Erba we love Sage because it is green and neat, precise and austere.
Some of us love Salvia apiana, the White sage, that smells good and inebriates with the smoke of its dry leaves.
Orticolario’s secretariat loves Salvia ananas, the Pineapple sage, one of the sweet aromatic and floral varieties. Herbal teas and fragrant broths accompany the wait for a new event.

And who does not like the dear, stupid and simple Salvia pratensis, the Meadow Sage, that smells like the Marseille soap from grandma’s apron, the morning coffee and the evening sun? Everyone loves it: Silvia, the saved and the saviors. So let’s play with Sage!