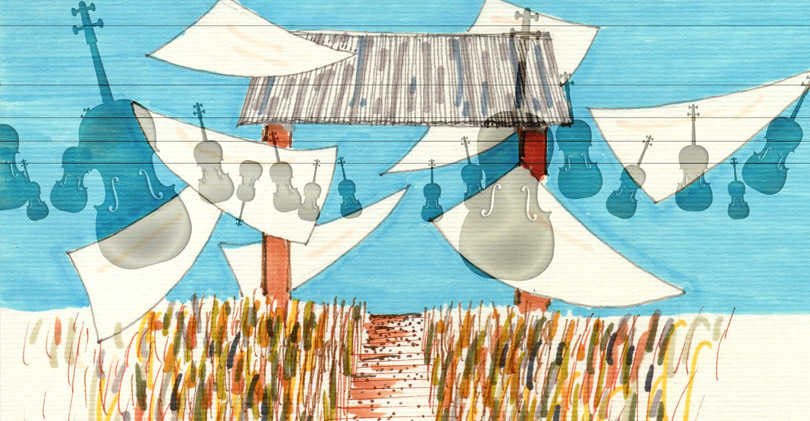 A movie, a scene, a landscape.
“Everything is illuminated” first of all is a novel , but a movie too, adapted and direct by Liev Schreiber. It is a journey through different cultures, through the concept of speed and slowness, through the history, through the memory and memories, through the sense of friendship and love.

There an home appears in a limitless sunflowers patch: a scene became an inspiration.

Vittorio Peretto fixes and interprets that scene, with its landscape and its huge visual and emotional impact, its expanse of common wheat, ancient species which was able to change the human history. There those plants reaching towards the sky, growing not geometrical, but perceived following an unbelievable,almost unaware, linearity.

Suspended in the space, collection Musicalia’s new instruments, made in shiny steel, give a rhythm to the installation. In the background, the small house surrounded by ears of wheat, with its fluttered clotheslines, brings us back to an agrarian world, becoming a bridge between contemporary man and its ancestral bedrocks.