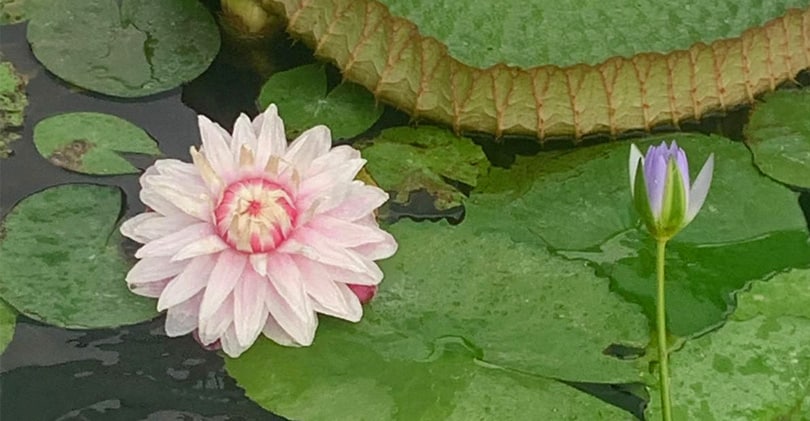 Among the treasures of the Amazon

Where even the greatest of men would feel crushed by the immensity and majesty of nature, where biodiversity is the rule and not the exception, a rarity is hidden: the Giant Water Lily or Vitória Régia.

In the world’s largest rainforest, trees rise to the sky like columns, their solidity being a safe haven for life. The streams and swamps make their way between ferns and mahogany. The tree crowns form a dense carpet and protect the layer just below, the layer of the lianas: a real “middle world” where most of the species live.
Extending over an area of 6.7 million km², the Amazon not only hosts an infinite variety of plants and animals, but is also the home of countless indigenous peoples, whose bond with nature is ancestral.

Among the Tupi-Guarani there was a beautiful girl, so attracted by the moon that she wished to turn into a star to be close to it. Every evening, at sunset, she anxiously awaited the rising of the moon and admired it shining in the celestial vault.
Over time the young woman’s desire grew more and more.
One evening when the moon seemed to shine, if possible, brighter than usual, the girl decided to enter the swamp with the help of a canoe, to get as close as possible to the reflection of the moon on the water. The young woman was delighted and captivated by so much beauty. Not happy, she also tried to touch the surface of the illuminated water with her fingers, but lost her balance and fell. In a few moments, the tragedy occurred: not being able to swim, she was swallowed by the stagnant waters of the swamp and never emerged again.

The moon saw everything and was so impressed that it decided to transform the girl into a splendid star-shaped flower that still appears today in the swamp with its large, round, floating leaves.

The young woman thus became the “star of the waters”, different from all the others.