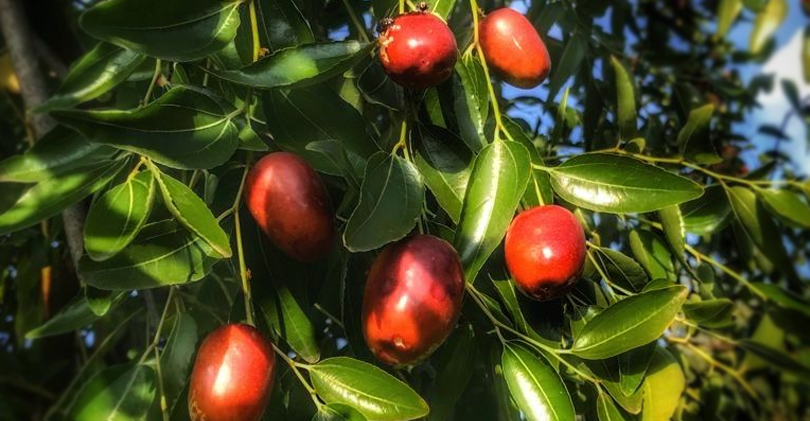 Immersed in the season of stories

Autumn is a very juicy time for ancient and incredible tales of nature, such as the stories of the jujube tree, a formidable traveller, known for over 4000 years, which has travelled around the world with its fruits.

Being in a broth of jujubes for the Accademia della Crusca

Figuratively, this proverbial phrase describes a very pleasant state of mind: “being delighted, almost getting out of oneself for happiness”. it is the result of an alteration of the original expression to be in a broth of succiole: in this passage the giuggiole (jujubes), i.e. the fruits of the jujube, used, among other things, both in medicine, for cough decoctions, and in the kitchen, for jams and marmalades, have taken the place of the succiole, or chestnuts boiled with the peel. The use of this original expression, of Tuscan origin, is already admitted in the first printing of the Vocabolario degli Accademici della Crusca (Vocabulary of the Academicians of the Crusca), (1612) […]

The legends, the myths, the symbology, the uses

Herodotus, in his “Stories”, tells of a distillate created from the fermentation of the pulp of red drupes with an intoxicating effect, known since Egyptian times and widespread in Europe in the first century after Christ.
Even Homer in his Odyssey describes a drink with an oblivious effect that Ulysses and his men drink on the island of the Lotophagi (Djerba), created from a magical fruit which however he calls Lotus (the wild Ziziphus lotus).

It is said that it arrived in Europe with the Romans, returning from the African and Middle Eastern campaigns, and that then it spread into Italy with the Venetians in the 1600s. Called Ziziphus, it is a symbol of silence, a lucky tree and a decoration of the temples of the goddess Prudence. A legend has it that the crown of thorns of Christ was intertwined with the branches of two species of jujube.

Chinese botanists select the fruits imported from Asia Minor to increase the quality and make it a dessert delicacy.
In China, it also plays a very important role in herbal medicine: in the ancient book on phytotherapy by Huangdi Neijing (475-221 BC), the jujube is described as one of the five most precious fruits. An even older book, codifying healing herbs, considers it one of the superior herbal medicines, which prolong life, nourishing the blood, improving the quality of sleep and regulating the digestive system.
A propitiatory sign of fertility in the Chinese tradition, on the occasion of a wedding, it is customary to place the fruit in the bridal room.

In the Islamic paradise of the Urì, lovable girls among the blessed, the Koran tells of a wondrous jujube on which leaves grow and fall for the birth and death of every man on Earth.

In Eastern lands it is a symbol of immortality e transcendence of matter. Thanks to its expectorant and laxative qualities, its flower is a symbol of relief.
In the Himalayas, on the other hand, it is said that the scent of its flowers makes women fall in love: it is tradition to collect them to prepare prodigious love elixirs.

And the jujube stories could go on forever …