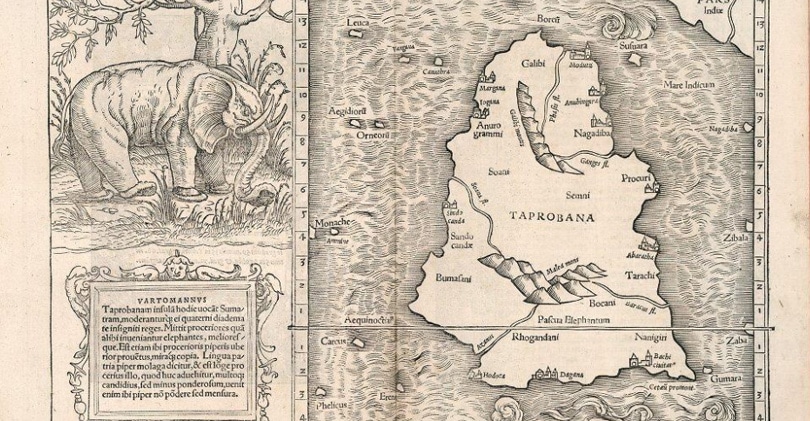 In the Indian Ocean

It is said that the Egyptians reached it on boats made of woven papyrus. The Greeks considered it to be at the edge of the world, the “land of Antichthons”, rich in gold and pearls, even more so than India.
All enraptured by its charm Alexander the Great, Annio Plocamo, the traveller Ludovico de Varthema and wealthy Venetians arrived there in search of wealth and inspiration.

In the voyage of Suleiman and in the stories of Sinbad the sailor, it is said that after the fall, Adam and Eve took refuge on the island, thus making it mythical and elevating to Garden of Eden. Today the inhabitants show an ancient trace of footsteps imprinted on the ground and miraculously preserved. They say it belongs to Adam …