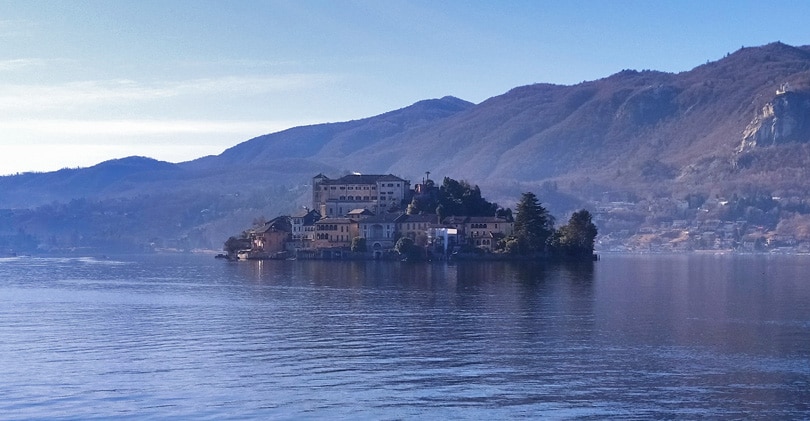 An island in a lake among mountains covered with woods, a dragon and a saint, an ancient basilica and a monastery.
Scenarios and characters from a fantastic, but real story, set on San Giulio Island in the middle of Lake Orta, one of the ‘legendary ones’ of northern Italy, where myth, history and landscape come together in a place that calls for silence.

It is said that Julius, a missionary who lived in the fourth century BC, during the evangelization reached the island, at that time infested by a dragon, to erect his hundredth church. He landed there sailing on his cloak spread over the water.
After chasing the monster away, he built the church, where his remains now rest.
Today the basilica houses a large vertebra* which, according to the legend, belongs to the monster defeated by St. Julius, and a processional dragon* dated between the 16th and 17th centuries A.D.
Inside the sacred building, among the reliefs of a precious 12th century ambo made of gray-green serpentine, we can observe the scene of the struggle between good and evil in which a griffin defeats the crocodile-dragon.

* not visible to the public