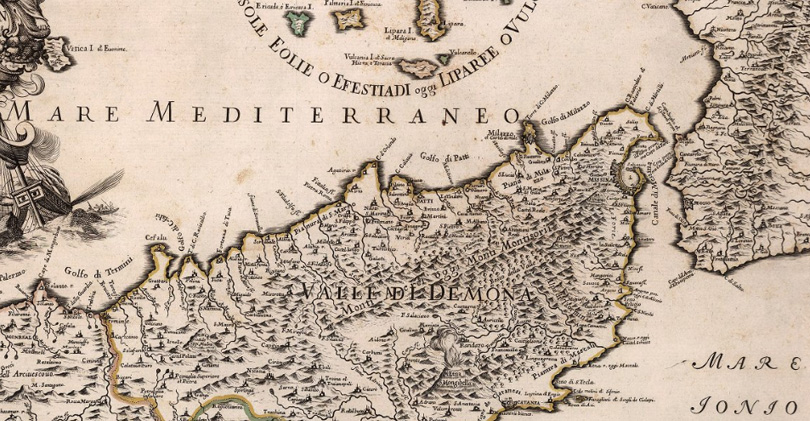 Along the coasts of Sicily

Immersed in a surreal landscape like in John Carpenter’s unforgettable film “Fog”, we are shrouded in a thick fog that comes in the evening and lingers all night until it dissolves at sunrise.

It is the sea she-wolf, a phenomenon so particular that even the origins of the name are linked to myth and legend.

It is said that the name is connected to the sound that the ships make to signal their presence and that refers to the howling of the wolf, once emitted by a shell called brogna.

Other traditional stories link the name to sea life and to the habits of fishermen, but it is the legend of the nymph Scylla, set in the waters of the Strait of Messina, that plunges us into the myth, exactly where we want to navigate.

The beautiful nymph Scylla, object of the attention of Glaucus, son of Neptune, is transformed by a jealous and vindictive sorceress Circe, who longs for the young man with flowing copper blond hair, in a sea monster with six heads and twelve legs, whose skin is covered with scales and whose voice emits hideous howls. In a cave among the rocks that becomes her refuge, Scylla is transformed into a cruel being that kills sailors.

> The Strait of Messina is here