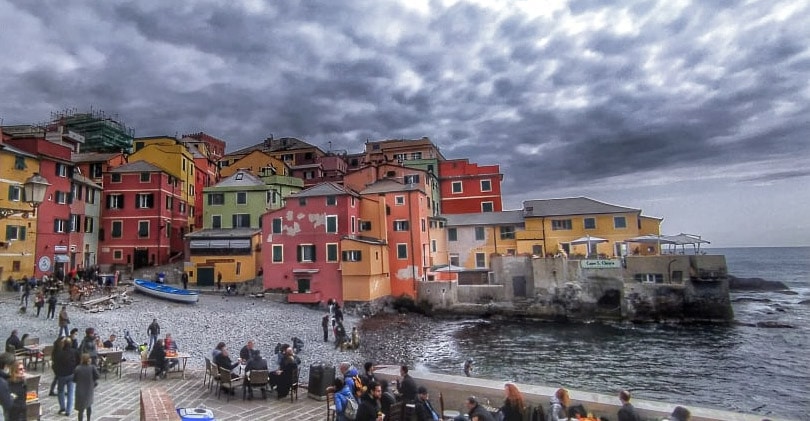 An ancient fishing village, with colourful houses perched on the hill, resting on a deep inlet.
Its small pebble beach, the small harbour and the boats, the narrow alleys going up, down, and opening to the sea. Many pots and vases with succulents of all sizes, softness and thorns.
It is a world apart. It is Boccadasse, whose very etymology is legend: from Boccadaze (Donkey’s mouth) to an ancient family, to streams that have now disappeared.

It is said that all began around the year 1000, when a group of Spanish fishermen, fleeing a terrible storm, found shelter in the natural inlet, saving themselves and founding the village. The legend continues in the name of their captain, De Odero or Donderos, from which Dodero, a widespread citizen surname, would derive.
Among the meshes of this picturesque etymological geographic landscape intertwining, it is said that the name of La Boca, a district of Buenos Aires inhabited by immigrants of Genoese origin, could derive from Boccadasse.