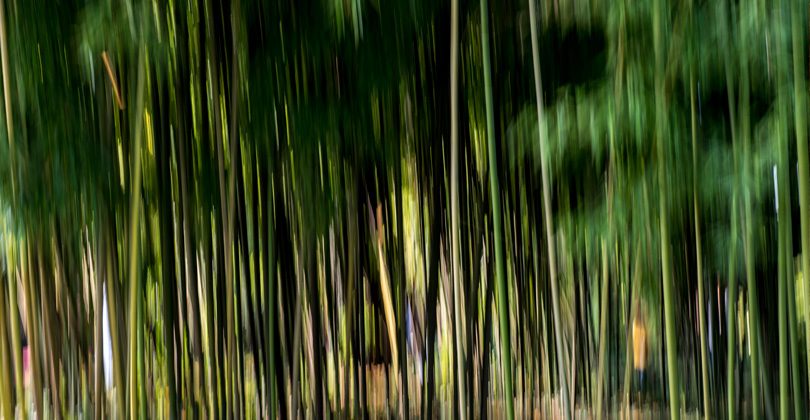 During days and nights of Orticolario 2017

> The showtimes and titles

Gilles Clément is a gardener and a writer about landscape, botany and entomology. With his energy and his work he moulded and is keeping moulding minds of thousands of people. As the results of first published photos about Earth, seen by the Moon, Gilles Clément started conceiving the theme of Planetary Garden.
With Marco Martella, writer and director of the French magazine Jardins, Clément will be at Orticolario 2017, presented by Moritz Mantero and moderated by publishing director of Gardenia Emanuela Rosa Clot
Clément will be awarded “Per un Giardinaggio Evoluto 2017”. The price is crafted by Francesco Mazzola | FDM F.lli Mazzola.

You can find the English events during Orticolario 2017 in the area “News” of the website.

Adriano Gaspani, archaeoastronomy. He has been on staff of Osservatorio Astronomico di Brera in Milan, regulated by I.N.A.F. (Istituto Nazionale of Astrofisica – Rome) since 1981. Since its foundation, he has been member of S.I.A. (Società Italiana of Archeoastronomia), he is researching in the field of Archaeoastronomy, in particular into the European prehistoric and medieval period.

Eva Boasso, naturalist, researcher and expert hydrangeas collector, author of books as “Ortensie e idrangee. La storia, la varietà, la coltivazione” and, in collaboration with Orticolario,” Le mie Ortensie”. She participated in the drafting of the Soil Map of Italy (Carta dei Suoli d’Italia) and she collaborated for some publications regard Natural Park of Piedmont.

Patrizia Ianne, biologist, she is a professor of  floricolture for specialists, a fuchsias’ collector and hybridizer. The first time she saw fuchsias was in the early ’90s inside Botanical Garden of Pavia, during an exhibition of the Italian Fuchsia Association. In the blink of an eye she ,collector, went over to hybridize . In the 2008 she set up an exhibition over her Botanical fuchsias collection and over cut  hybrids flowers at Castello da Peraga, Vigonza (PD). For the Bassano del Grappa (VI) City, she set up other single-issue exhibitions as ones about hollies, camellias and irises. Her hybrids are registered on International Fuchsia Registry of San Francisco (American Fuchsia Society). She is the supervisor of  Veneto-area in A.di.P.A, association which has the goal of increasing plants lovers.

Claudia Zanfi, art historian and garden enthusiast. In the 2001 she found and supervised the Green Island International programme to add value to public spaces and urban ecology. She achieved the editorial series Green Island. Nel 2010 she founded the “Atelier del Paesaggio”, focusing to redesign green areas and spaces. She is collaborating with Unesco Heritage and Council of Europe ‘European Landscape Convention’. Among her works: from “Vigna in Giardino” dedicated to Leonardo da Vinci for “Expo in Città” to “Alveari Urbani” with artists and designers from all over the world. She was placed first, awarded “Parco dell’Arte” at Mantova. She was finalist for Lousanne Jardins projects in Switzerland and for Biennale Spazio Pubblico in Rome.

Conapi, Consorzio Nazionale Apicoltori, it is the most important beekeepers’ cooperative in Italy and one of the most important in the world. Apiculture value divulgation and ethical commitment are the foundations for its training and education activities, as the numerous projects for schools and as the project “Parco delle Api e del Miele”. All of this far beyond the production, although partners – biodiversity farmers – average annual production is exceed 2.500 tonnes of honey  Italian and high-quality only. Partners of Mielizia, Conapi’s brand, has been the first one in Italy to use biological production techniques and currently they are the largest producers of biological honey in Europe.

Roberto Ferrari, entomologist, is working as biological control sector researcher, specialist in ornamental plants diseases for the Associazione Centro Agricoltura ed Ambiente “Giorgio NICOLI” , close to Bologna. Since 2002 he has been technical manager in the of Agriculture area and urban forestry management. Among many agricultural activities, he was technical manager of the project “Activities to improve the bees’ livelihood protecting the high-quality agricultural productions.” Supported by the Province of Bologna, he was technical manager of an operating unite, for the CAA, inside the project APENET – BEENET on behalf of DiSTA, University of Bologna. In the 2014  and in collaboration with Conapi , he coordinated the project “verde urbano”, to reduce pesticide use into private and public gardens by agreements with Public administration, with specific communication and education.

Giorgio Baracani, land surveyor (‘perito agrario’), he is an autodidact beekeeper who is nomadic in the Emilia Romagna, in the Lombardy and in the Marche to produce honey from mixed blossom and Acacia-blossom honey. With his brother, specialized in the breeding of queens with approximately 300 fixed beehives, Giorgio Baracani is a member  of “Noi Apicoltori” and one of the producers of Mielizia, historical Conapi brand whom partners share an idea of nature respectful agriculture. Attached to rea where they’re living, all partners have been sign procedural guideline which is respectful towards bees and set forth the best way to collect honeys , pollen, royal jelly and  bee-glue.

Maurizio Gallo of  “Apicoltura Biologica Maurizio Gallo”. He is an expert beekeeper who produces honey ICEA-certified, strongly biological oriented. He has been a exhibitor since Orticolario first edition.

Judith Baehner designs extraordinary green experiences. She is a freelance editor and stylist at her company Het Groenlab and shares her passion for green on her website, in books, magazines, workshops and lectures. In the past five years she wrote books about food and plants. In April 2015 the book Het Plantenlab (The Plantlab) was published and just now the book Wonderplants was launched in Dutch and English.
During the writing of the book Het Plantenlab, to get her friends and other people more into green and plants, she started to make the mini-ecosystems in bottles again for those who do not have green thumbs. The love for these bottles grew and she even developed her own hand forged tools for making the bottles with the Dutch company Sneeboer. Now Judith gives workshops and talks about bottle gardening to inspire others to make them.

Valerio Gaeti, is a Mantuan sculptor who is living and working at Cantù, close to Como.
His artistic research is flanked by a long teaching activity: from the Accademia di Belle Arti di Brera  to the Accademia Aldo Galli – IED in Como.

Clark Anthony Lawrence born in Manassas, Virginia (USA). He is living and working in Italy, at Macchina Fissa, an old water pump along the Mincio River . Since the 2012 he has lived in Castel of Galeazza, surrounded by a spectacular garden which has published on different  magazines and shown in television programs. In the 1996 he found the Cultural Association “Reading Retreats in Rural Italy” , planning exhibitions, concerts, shows, getting involved thousands of people all over the world. In the last twenty years he has been a gardener for pleasure or by chance. He is writing for the English quarterly ‘Hortus’, published by David Wheeler.